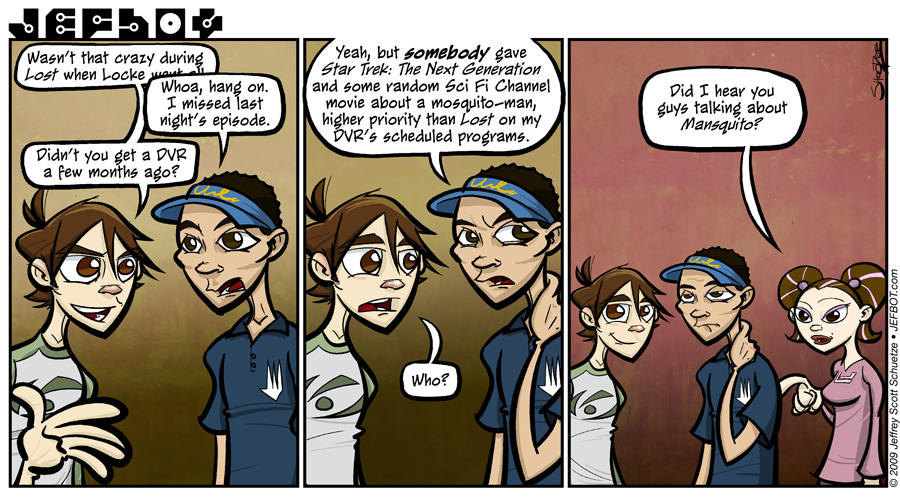 The conversation as represented by this strip is very, very close to the ones I’ve had with my brother-in-law, Mike, when he’s encountered missing programming from his DVR, since the reason for this lost content is almost always the same. And yes, Mansquito is a real movie, and has been the butt of many jokes between Mike and I since my sister, Laura, gained some sort of perverse obsession with watching Sci Fi Channel movies. The Schuetze geek genes must run deep as she’s also been very into Star Trek lately – TOS, Next Gen, Voyager, you name it. She’s even been watching Enterprise. Go figure.