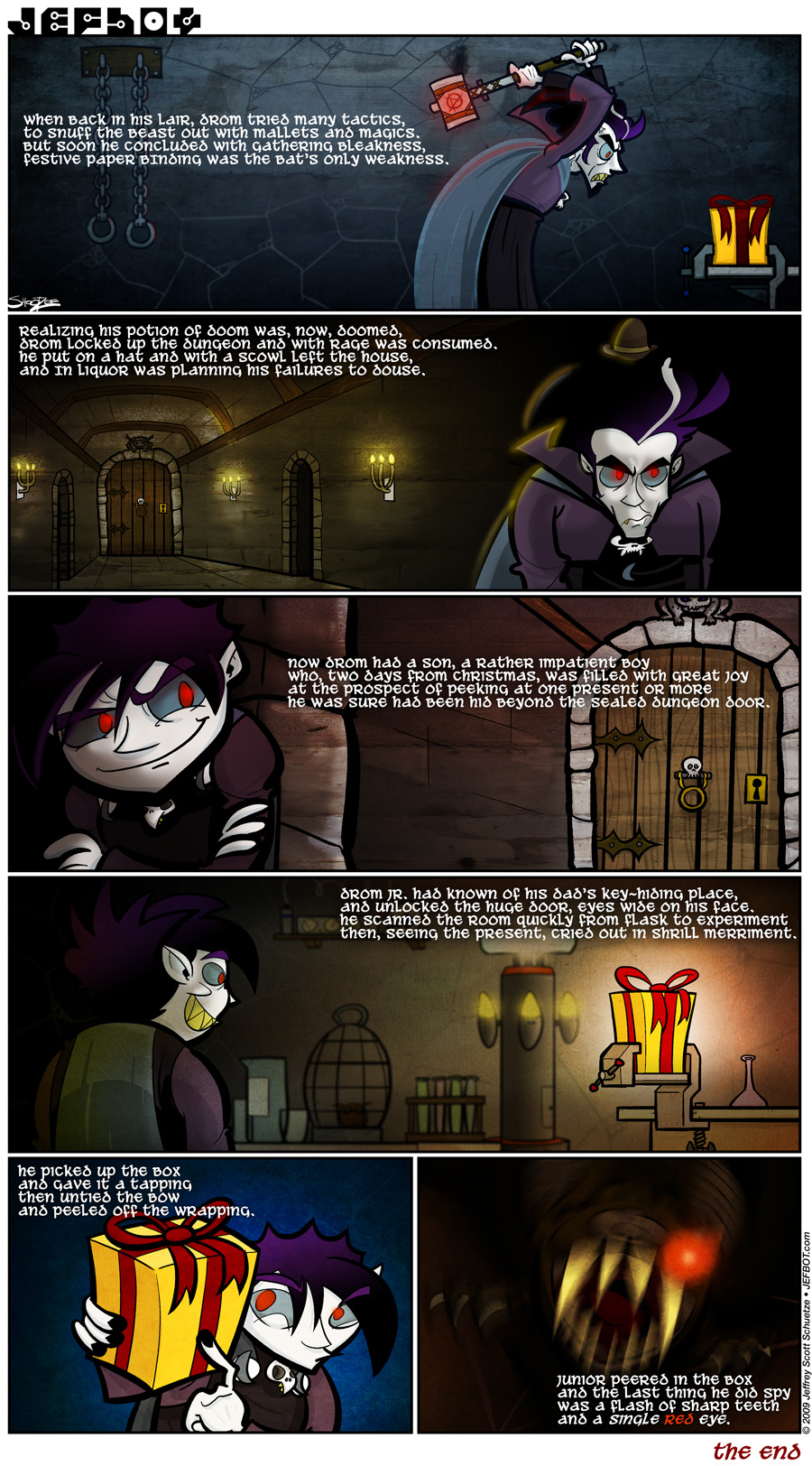 Click the “Previous” button above or the link below if you missed the previous strip:
• The Christmas Bat III_part 1 of 2

And so, this year’s tale of The Christmas Bat ends. (In blood and terror, as usual!) And just like Frosty, he’ll be back again someday (next year, for sure)!

When I was a kid and didn’t appreciate the joys of anticipation and surprise, I would search out presents my parents’ hid (as opposed to the ones Santa delivered) so I’m glad I didn’t encounter The Christmas Bat lurking in any of the gifts I found. One memorable year I discovered the NES my parents bought me about a month before Christmas. Was awesome. I’d run home from school and play Super Mario Bros. for about an hour or so and pack it back up all neat and tidy before my parents got home. I finished that game many times over before I ever received it! Good times.

btw, Hope you’ll forgive the uneven release schedule lately. This year’s Christmas Bat strips have taken longer than any strips I’ve done before due to the increased length, the new characters and time the panels take to color and texture. That mixed with the crazy holiday season has just thrown things out of whack a bit. I’m planning to get Friday’s strip done early so New Year’s doesn’t interfere with getting it out on time though, so wish me luck. I appreciate all the encouragement and understanding in your comments and emails, folks – that stuff really keeps me going during the late nights!