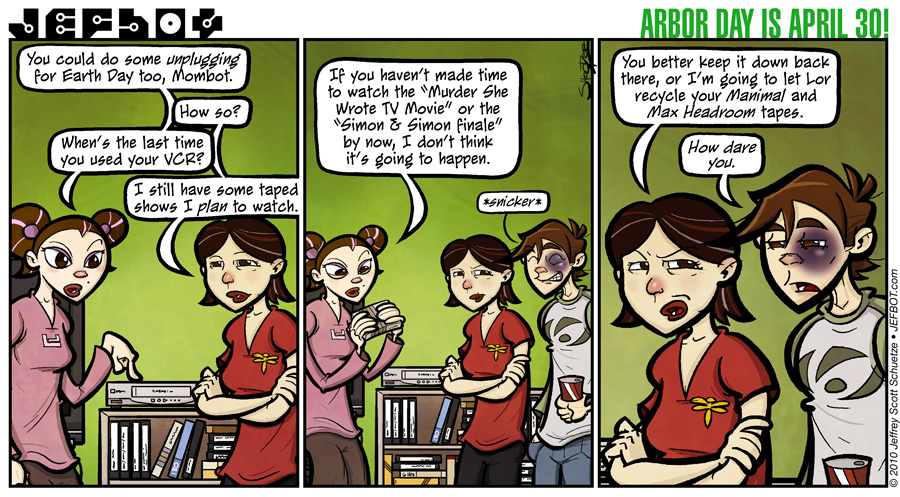 Hope everyone had a great Earth Day yesterday! Although the day is in the past now, there’s still Arbor Day to look forward to next week, and I have at least one more strip planned for this “Going Green” series.

And about the strip: my mom used to have tons of VHS tapes since (before TiVO came along) she used to record everything, and then keep the tapes. As in today’s strip, I was as guilty of this practice as she was and yes, I had stacks of Max Headroom and Manimal tapes, among others, including Robotech, Transformers, Automan, Babylon 5 and random MTV videos. She got rid of a bunch of these tapes recently and I was able to rescue some of the ones I wanted to keep, although I’ll probably never watch any of them; most of the programs I recorded that are still worth watching I’ve since bought on DVD, and the tapes that I’d like to keep are probably warped and unwatchable due to the crappy VHS medium.