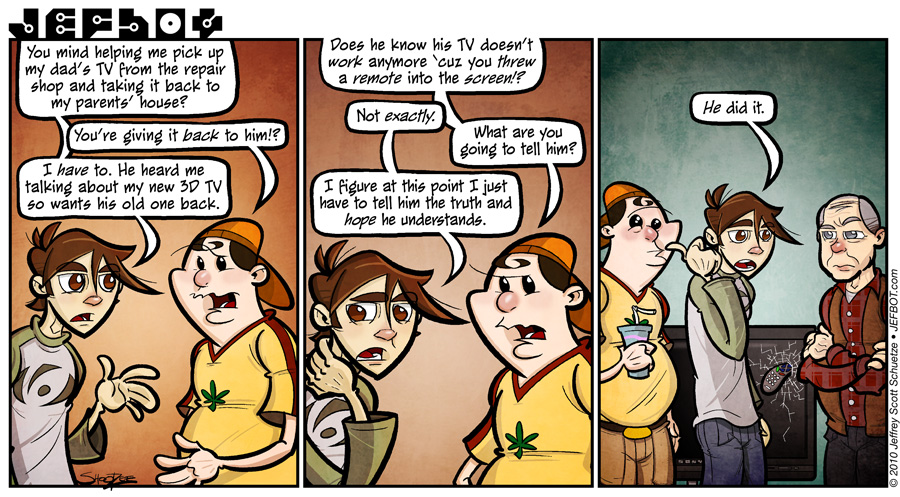 Lying to one’s parents is a terrible thing and should be reserved only for occasions involving the blaming of siblings. That the Cornfather got thrown under the bus in this strip can only be attributed to the fact that jefbot panicked, for which he’ll surely get a comeuppance later.

In the real world: After buying a new television a few weeks ago, I ended up giving my dad back the TV he lent me. Fortunately, there’s no remote control sticking out of it, but it does still have the dead pixel problem, so hopefully that won’t be too much of a distraction should my dad decide to watch anything on it (which I hope won’t be anytime soon, the reason for which should be apparent in this strip from a few months back.)