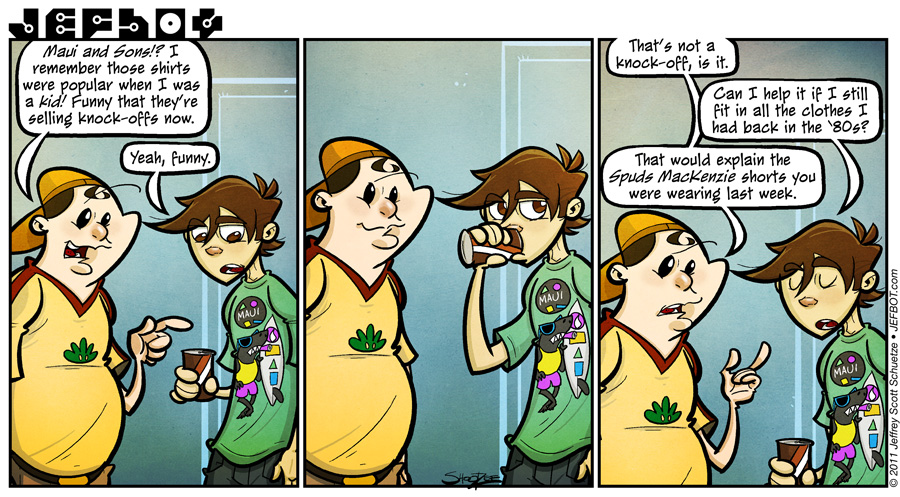 I have boxes and boxes of old tees from the 80s and 90s, some of which I still wear from time to time. Yes, these include “surf” shirts that were popular in the Valley (I’m not sure if they were popular throughout the rest of the country) when I was a kid, including tees from T&C (my personal favorite), OP, Maui and Sons and Gotcha. I also have a ton of video game (mostly Nintendo-themed) and comic shirts (mostly Batman and X-Men) from the period, as well. Now, the style used to be to wear shirts excessively baggy at the time, so I can’t completely attribute my ability to wear these shirts to the Power of Scrawn, but it’s kind of amazing how well these old shirts have held up. I recently gave a bunch of them to my sister Laura/Lor to make a quilt out of. I’ll report back if anything should come of that.

Also, today’s strip is #333! Which has no significance other than it’s a cool number, so I thought I’d mention it.