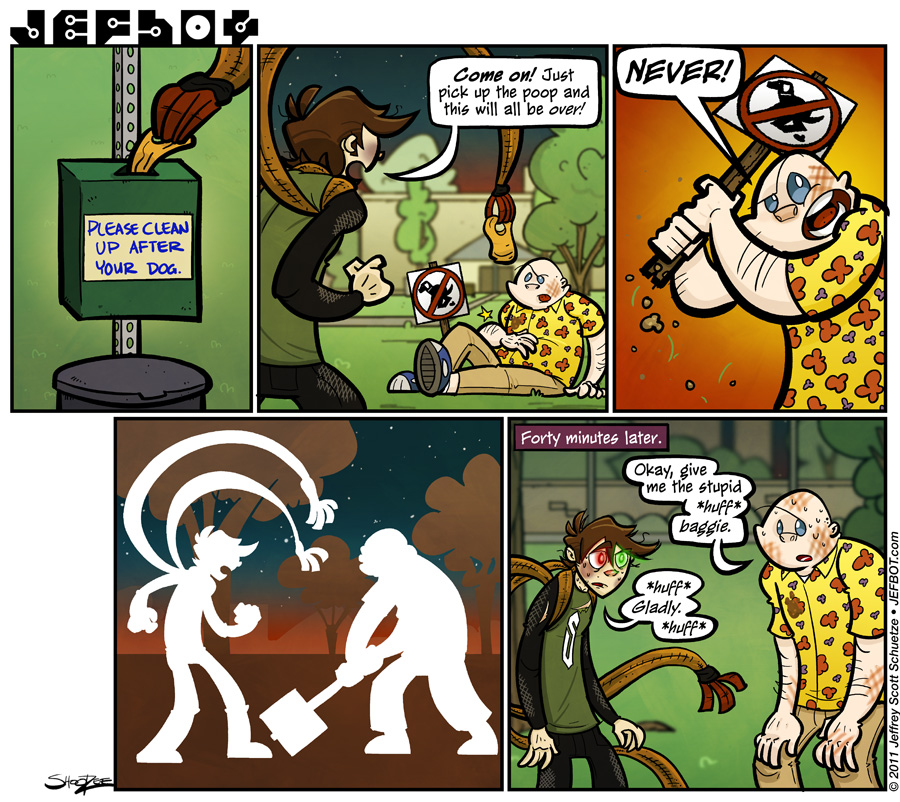 Now that Hawaiian Shirt Guy has seemingly conceded to jefbot’s demands, is it possible our geeky hero has actually won this fight???

Also, I thought I’d link to an article about a real-life superhero who, coincidentally, has been going through some drama not unlike jefbot’s own experiences with a costume. Let’s just hope bot can avoid any jail time, unlike Phoenix Jones, here. Check it:
• Phoenix Jones, real-life Seattle superhero, arrested for pepper-spray assault