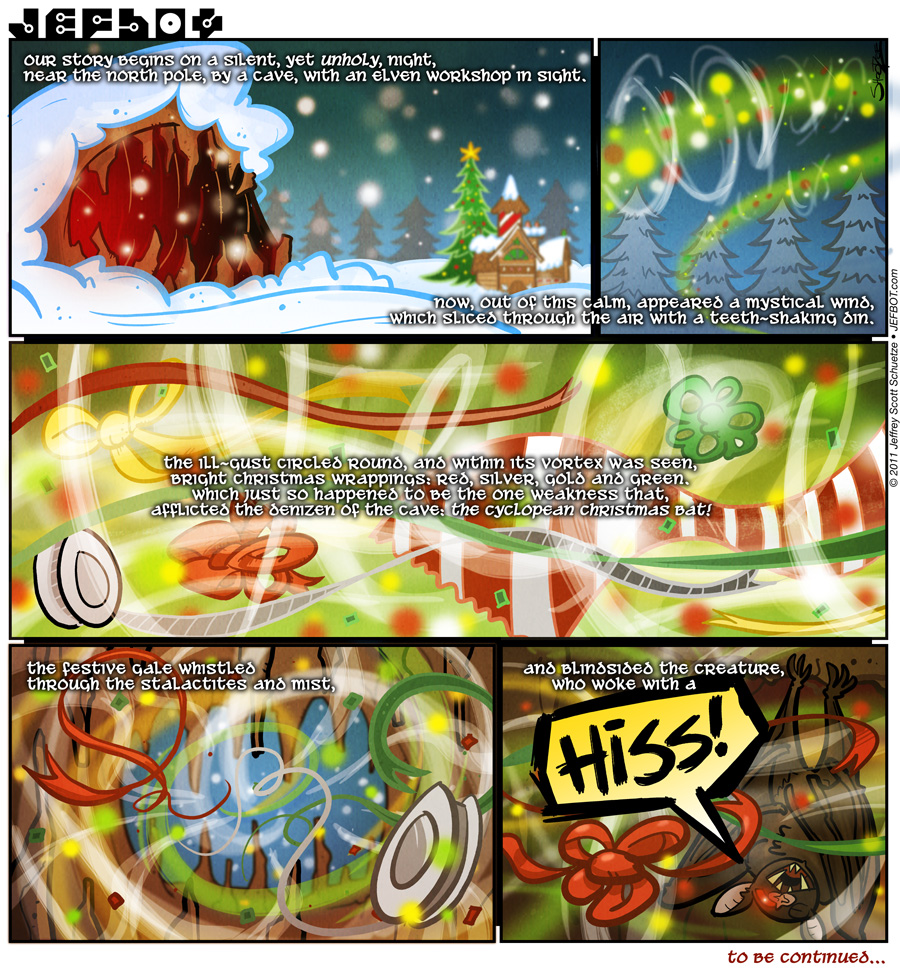 In addition to The Christmas Bat milestone, we are also officially over the 400th strip mark! I might just have to do something to celebrate, but I have to get through Christmas and New Year’s first, then we’ll talk.

Sorry for the missed strip on Tuesday! It wasn’t due to anything as dramatic as my computer failing or my eye becoming diseased, it was mainly due to increased obligations to my day job and just the craziness of the holiday season here at the end of the year. Hopefully the next few super-sized Christmas Bat strips will make up for it a bit. Once 2012 gets here, my schedule will calm down and I’ll be able to get the strip out regularly, and at a decent hour. Speaking of which, I have a meeting I need to be at in a few hours so I’m going to stop typing now.