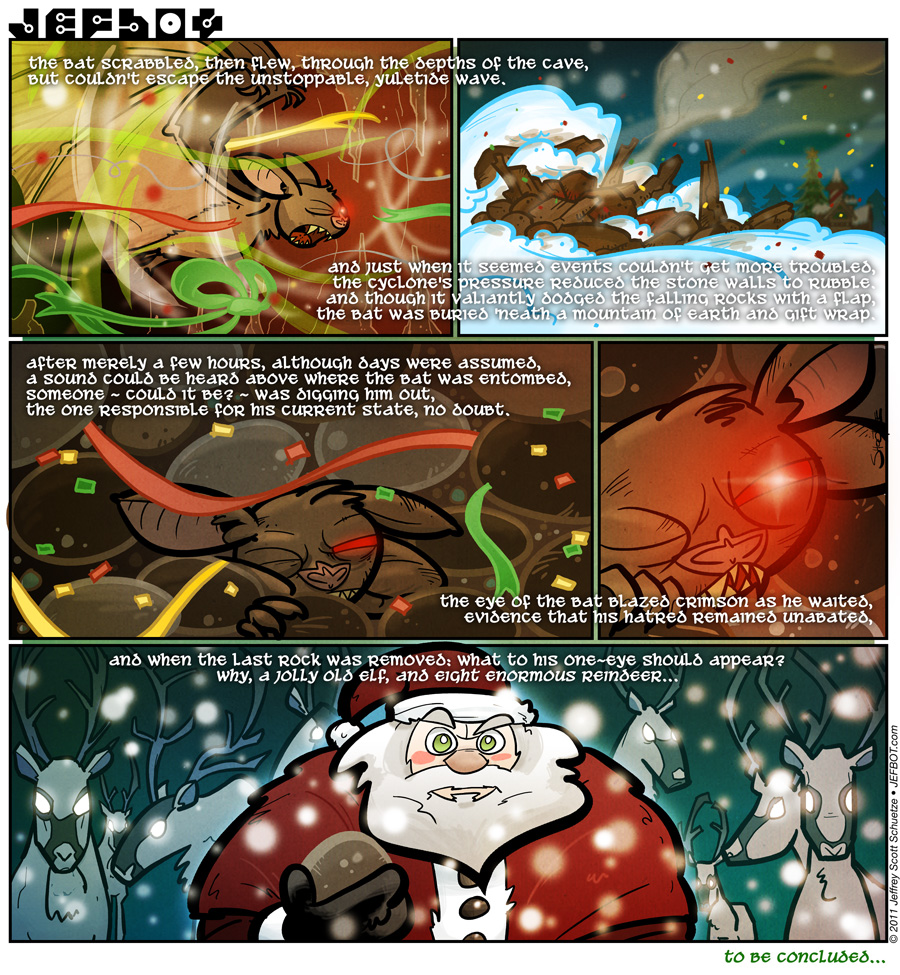 Dun dun dunnn… A cliffhanger! At least we know who The Christmas Bat’s evil eye will target now that he has been released from his makeshift tomb. No doubt Santa would be a mighty adversary, if it comes to that…

Keeping this short as I should’ve had this strip up yesterday, but once again fell into the chaos of the Holidays.

But one last thing: If you have a Christmas Bat nest of your own, take a pic and send it in! I’ve received a couple in the emails from you readers, and will post those in the next day or two, so if you have one of your own, chances are it’ll be featured in the JEFblog! If you’re new to the Legend of The Christmas Bat, making a tribute to the flying holiday mammal is easy:
1.) Make a nest of tinsel at or near the top of your Christmas Tree.
2.) Place a bat (rubber or otherwise) in this nest, preferably with just one red eye. Use some red nail polish and a black Sharpie, accordingly.
3.) You are done.