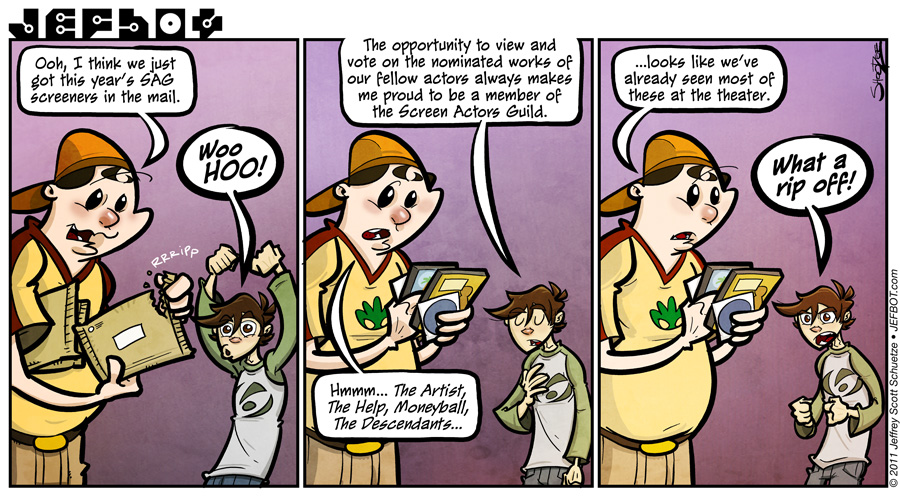 I’m actually ecstatic that I’ve seen most of the movies that were nominated for SAG awards before I got the screeners. This just means I’ve seen a lot of good movies in theaters this year, I suppose – something I couldn’t say last year, when I’d only seen two or three of the nominated films. Which is pretty sad when you consider I really really love movies and want to like, act in them and stuff.

What’s been among your favorite movies this year? Nothing’s really pulled ahead of the pack for me, except for possibly The Descendants, but maybe that will change once I’ve seen all the nominated films. Kind of surprised the final installment of the Harry Potter films wasn’t nominated for Outstanding Cast, for the unprecedented achievement of keeping the (mostly) same group of actors around for a decade, if nothing else.