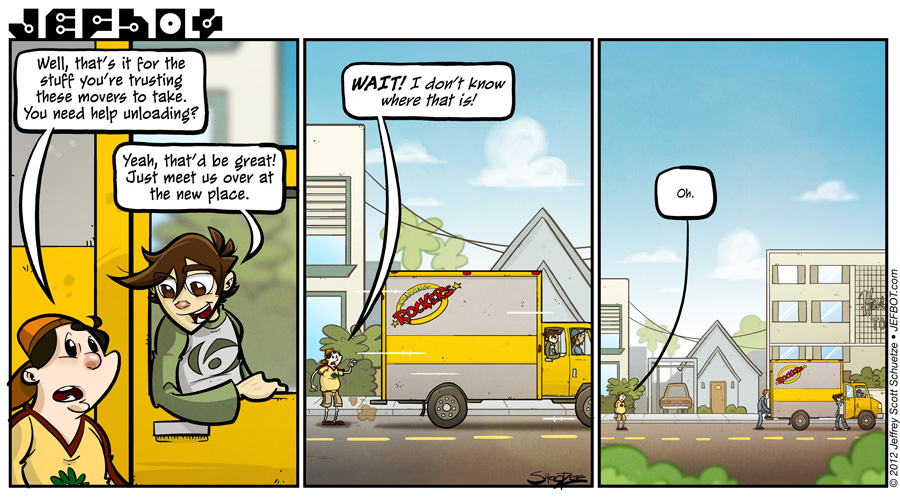 Today’s JEFbot is more or less accurate: I really did move just a few buildings over from where Michael (the Cornfather) and I had lived. It’s not for lack of trying – I wanted a less expensive place so looked for apartments in The Valley and further east into Hollywood, but when the listing for the new apartment opened up a couple weeks before I was set to move, I couldn’t resist. It wasn’t exactly cheap, but it was in a neighborhood I already loved and moving wouldn’t be quite as difficult since it was so close. …Or so I thought.