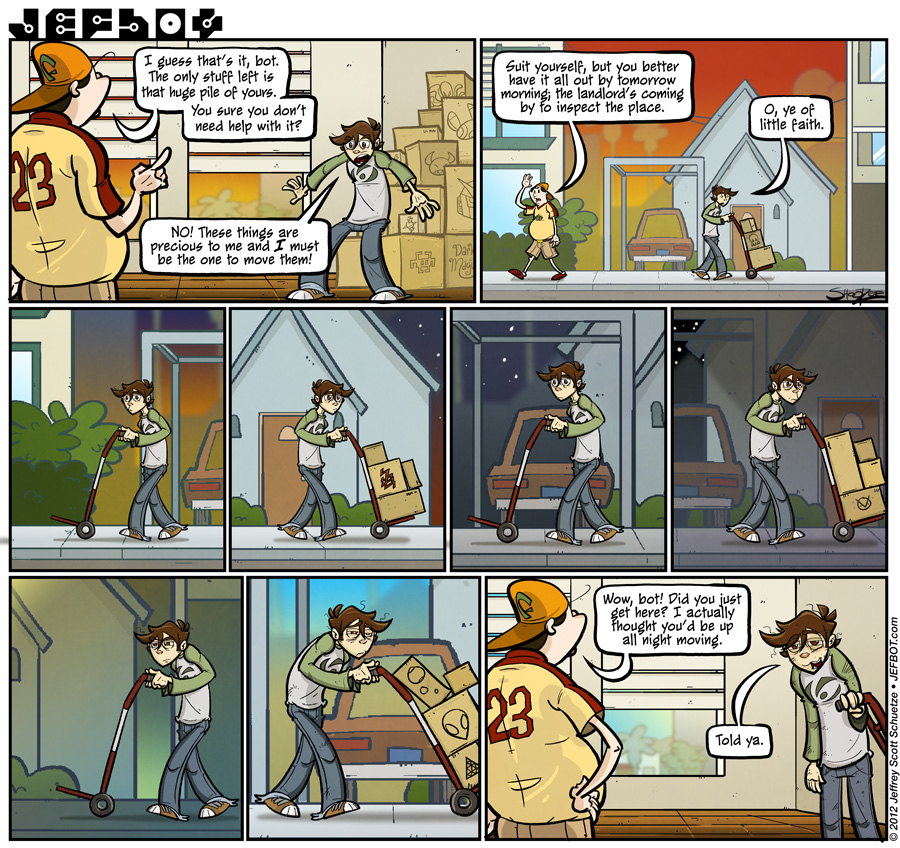 Sadly, today’s comic strip chronicles events pretty much as they happened. My sister (Lin/Xin) and her husband had helped me with the movers earlier in the day to get all the “regular” things out of my apartment and I was left with just the “precious” stuff. My buddy Michael (the Cornfather) stopped by later that night to see if I needed any help, but I foolishly said, “Nah” and sent him on his way. Then began the 14-hour epic journey between my old apartment and new, dollying boxes, collectibles and other items back and forth the entire length of time. Thank the gods I had a dolly. I nearly declined the offer of it from my buddy, Mike (Coolhand), and had I not had that thing I’d probably still be moving.
—
Sorry for getting the strip up a day late! Let’s just say Friday the 13th (yesterday) proved worthy of its reputation. Even the audition I had that afternoon proved, uh, bizarre.