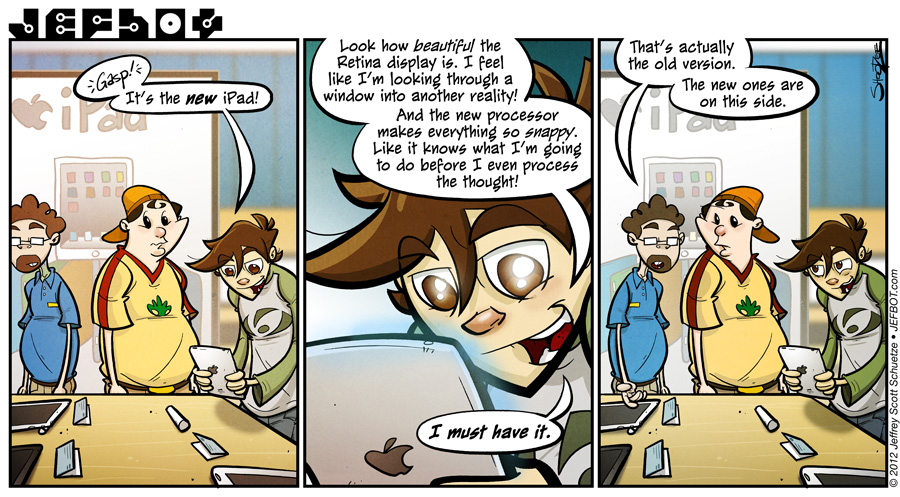 Don’t get me wrong – I love the new, third generation, Retina display and A5X-enhanced iPad. It’s just that, unless you’re looking at high definition content – of which there wasn’t a whole lot available when it launched – it’s difficult to notice the differences at first (unless you’re looking at text, which looks amazing.) Anyway, today’s strip is less about disparaging the new iPad or commenting about Apple geek fanaticism, and more about how amazing the original iPad and iPad 2 still are. The displays and functionality of the previous generations still hold up, and I found it’s only once you get used to the Retina display (just as on the iPhone 4 & 4S) that you notice the difference when going back to the previous models’ screens. And even then, it’s not like those screens look bad. I mean, generally, everything you’re viewing on the Internet is 72dpi anyway, so more pixels really aren’t going to help there, and in some cases, it makes the Web look worse.

So what do you all think? Any of you have the new iPad or are you content with the previous models, not having a tablet whatsoever, an Android tablet, or *gasp* a Windows Tablet PC? Sound off in the comments!