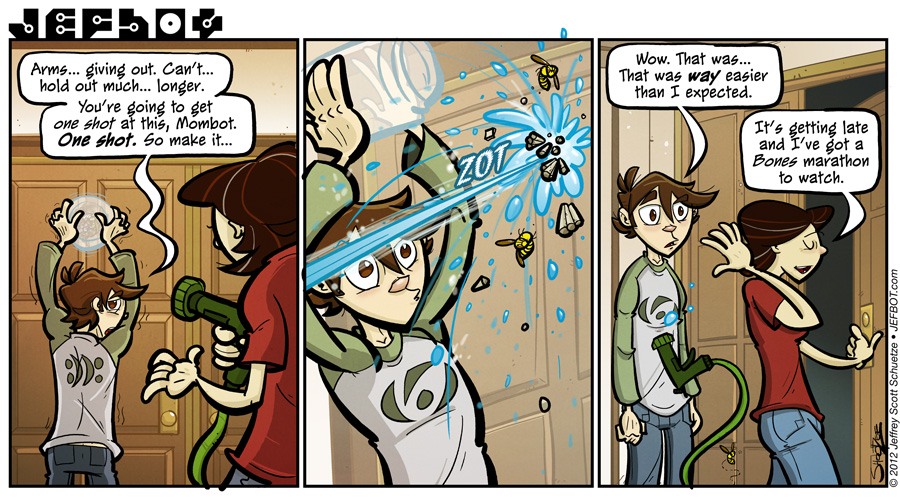 In the end, this was our solution to the wasp problem: shooting them down with a garden hose. It wasn’t for lack of preparation – my mom and I waited until late at night when the wasps weren’t as active and we had the plastic container and the cardboard sleeve ready – but it just came down to logistics, and the hose method seemed more simple and less risky. I can only imagine what the neighbors thought when they looked out their windows in the middle of the night, seeing my mom and I running around the porch shooting water all over the front door. Anyway, I even managed to spare the wasps, since they were all still alive after the siege, albeit a bit waterlogged. Hopefully they went off and made a nest somewhere less dramatic. At least that’s how it plays out in my mind.
—
Sorry I didn’t get this strip up on Friday. Work’s been crazy-busy lately, which pushed it to Saturday. Also, I promised you an explanation of a late wasp-ridding solution a friend told me about which I’ll post later as I’m off to Disneyland again for the day. Have a great weekend!