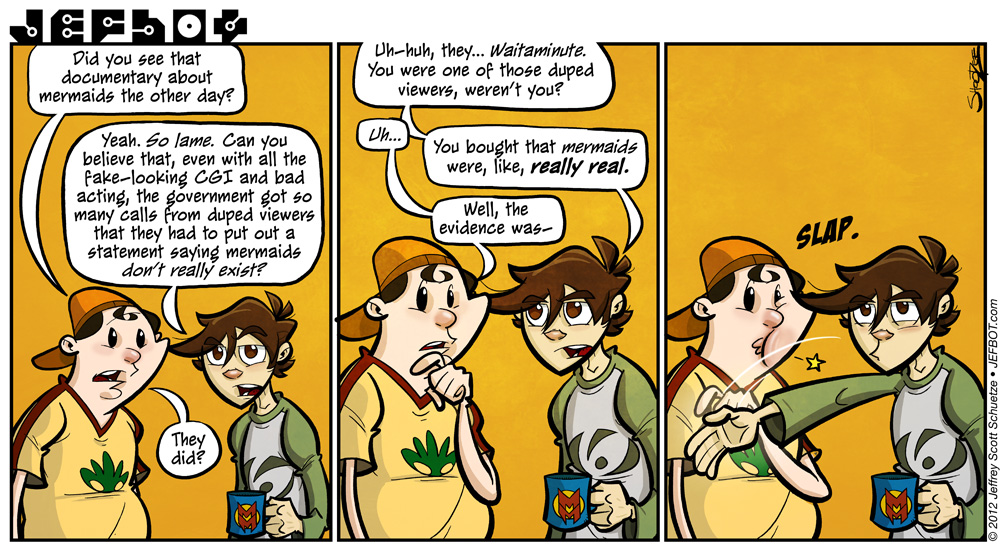 The “documentary” in question, Mermaids: The Body Found, was actually pretty well done, even though a lot of the science was off and the reveal of the mermaid footage on a beach taken by a young kid looked extremely fake to me when it started moving. What jefbot mentions about the government having to deny the existence of mermaids – as ludicrous as that sounds – is real, though. I think a lot of that has to do with the show being on the Animal Planet channel, which broadcasts many genuine nature documentaries, so viewers are more susceptible to believe what they’re watching. Anyway, the most positive thing to come out of this whole thing is that it brings more awareness to massive Navy sonar testing going on, which is devastating to marine life. But, mermaids? Really?

So did any of you BOTpeeps see this show? Did you believe it at the time?