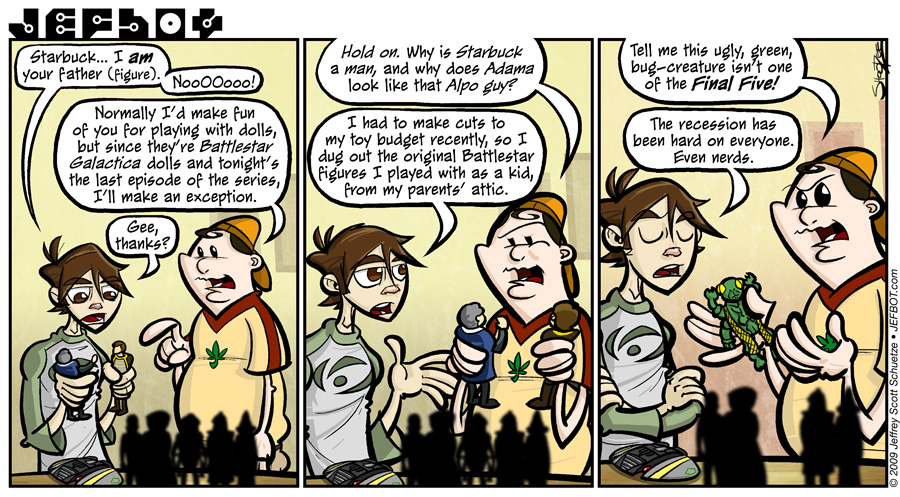 The original Battlestar Galactica was a favorite of mine when I was a kid. Starbuck, played by Dirk Benedict, was the coolest Viper pilot around, Commander Adama, played by Lorne Green, was the humans’ noble leader, and the Ovions were a strange, alien race that resembled bees and were a part of a sinister, Cylon plot. Most of this stuff was scrapped or changed in Ron Moore’s show, mostly for the better. But I do have a soft spot in my heart for the original, late 70s show and whenever I hear the sound of a Viper or Raider laser, a few chords from the original score, or the robotic voice of a Cylon Centurion, it completely takes me back to my youth.

So if you If you have a BSG story, with either the new (please, no spoilers for people who haven’t seen the finale yet) or classic TV show, or perhaps a way you’ve been conserving your geek dollar, let me know about it!

And for those that came to the site over the past few days and saw this, my apologies. Turns out a lot of online comic strips didn’t get done over the past week since many of us webcomics creators were in Massachusetts at the New England Webcomics Weekend. See this blog post to find out more about that.