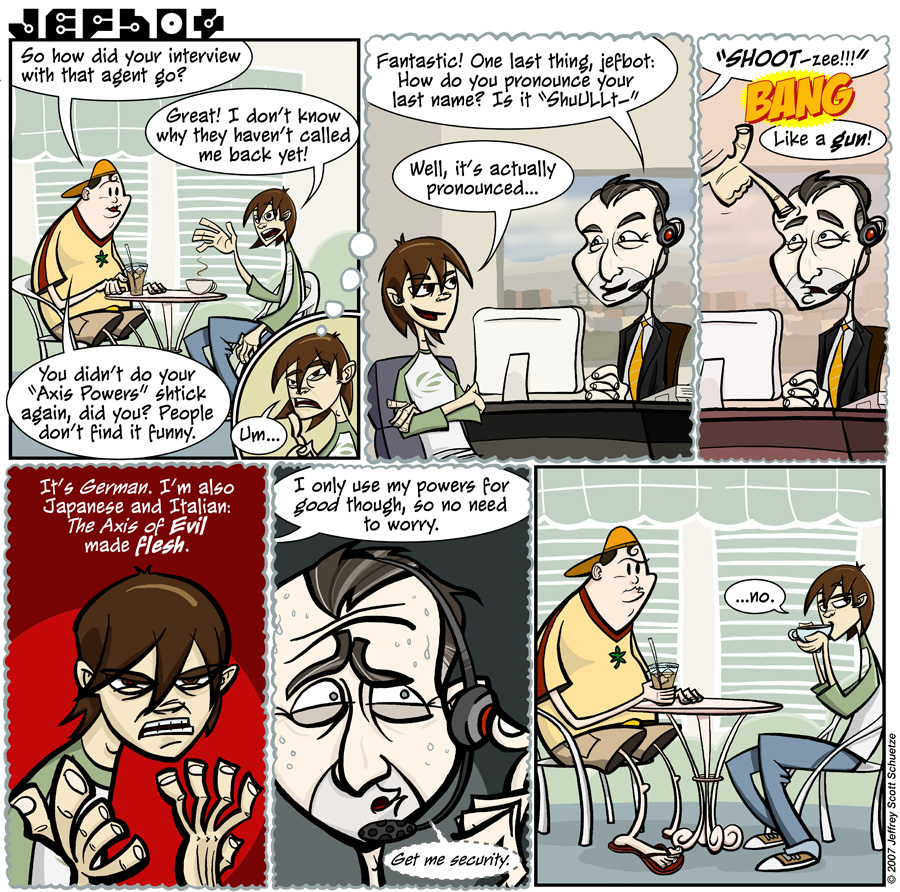 Woo-hoo! It’s up! Here it is, folks: the first strip in what I hope to be a long run for my webcomic, JEFBOT. I feel like I should write something profound, to, well, mark the occasion, but nothing comes to mind. Hmmm… Come back tomorrow for the next strip and maybe I’ll have thought of something important to say. Most likely you’ll have forgotten though, and I’ll be off the hook.

Okay, so this first one’s called Axis Powers and came about through some experiences of mine. Basically, I’ve pretty much been using the line “I’m the Axis Powers made flesh” since elementary school, whenever someone would ask what nationality I was. I thought I was pretty clever at the time, but nowadays, away from the playground, it’s really more creepy than clever. Especially when I’m in the office of a talent agent who could possibly represent me. It occurred to me after one such interview that saying the line was probably not endearing me to these people, nor was it appropriate in any way. Probably more the exact opposite if nothing else. So, I made it a point not to use that line anymore, except among friends or schoolmates. Unfortunately, after a close friend of mine referred me to an agent for possible representation, the opportunity arose when I was asked my nationality, and although the agent’s response was more confusion than fear after the words came out of my mouth, I once again was reminded why I should end responding this way. I just can’t help it, but I do use my powers for good.