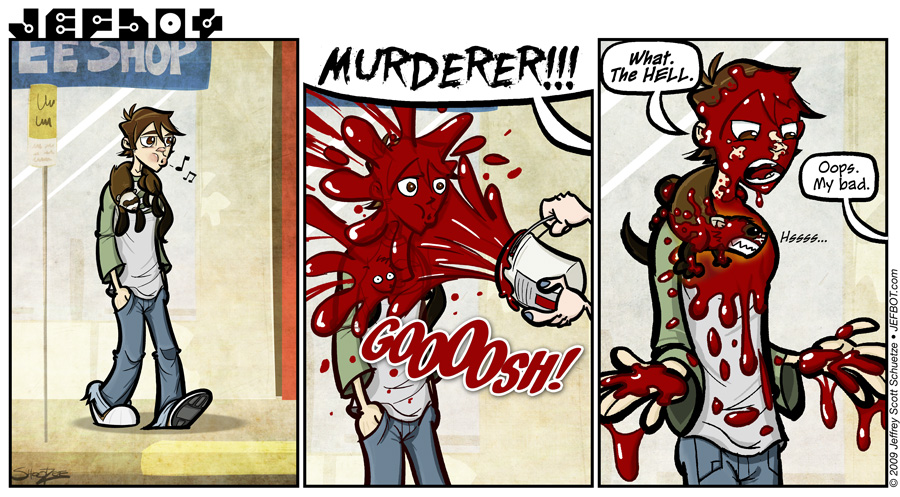 I suppose it’s about time Abraxas got served a little punishment, even if by accident. I know some animal rights activists have been using flour lately on people who flaunt their fur, but it doesn’t quite have the same impact as red paint. Not that I approve of those tactics, of course. Well, not all the time, anyway. If you want to know more about Peta’s Fur is Dead campaign, click here (note: some of the images at the site are hard to look at, but really, that’s the point.)

I’d like to give credit where it’s due by pointing out that the fonts used in today’s strip are from the brilliant and creative typefaces available at Blambot.com. I’ve mentioned them before, as I’ve used Blambot’s SuperStrong as the dialogue font for JEFbot from the start. Today’s strip not only uses SuperStrong, but You Murderer (appropriately enough) and Orange Fizz for the “GoOOosh” sound effect. Nate Piekos, the designer behind Blambot, not only has great prices on his fonts but also generously makes many of them available for free, so check out his site often and see what he has to offer.