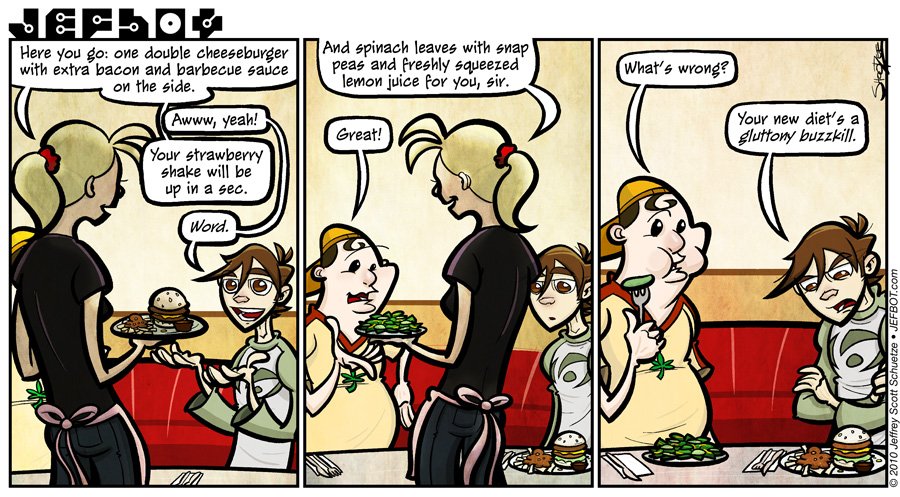 It’s about time I did a strip on the Cornfather dieting, since in the “real world” his counterpart Michael Cornacchia has been on a diet for the past year or so and has lost close to 80 pounds. 80 pounds! That deserves a round of applause, a pat on the back or at least a random thumbs up from a stranger. He no longer looks like his cartoon-self (or his real self for that matter) but I really have no plans to start drawing a skinny Cornfather so rest assured, the Laurel and Hardy aesthetic of ‘bot and his friend will remain intact. At least in the strip. If I ever do a live-action JEFbot, I don’t know what I’m going to do.

And just for the record, Michael does eat a lot of spinach and vegetables these days, which does make me feel a bit self-conscious when I order my usual blue cheese burger and fries in front of him. At least until the order comes and I begin devouring all that deliciousness.