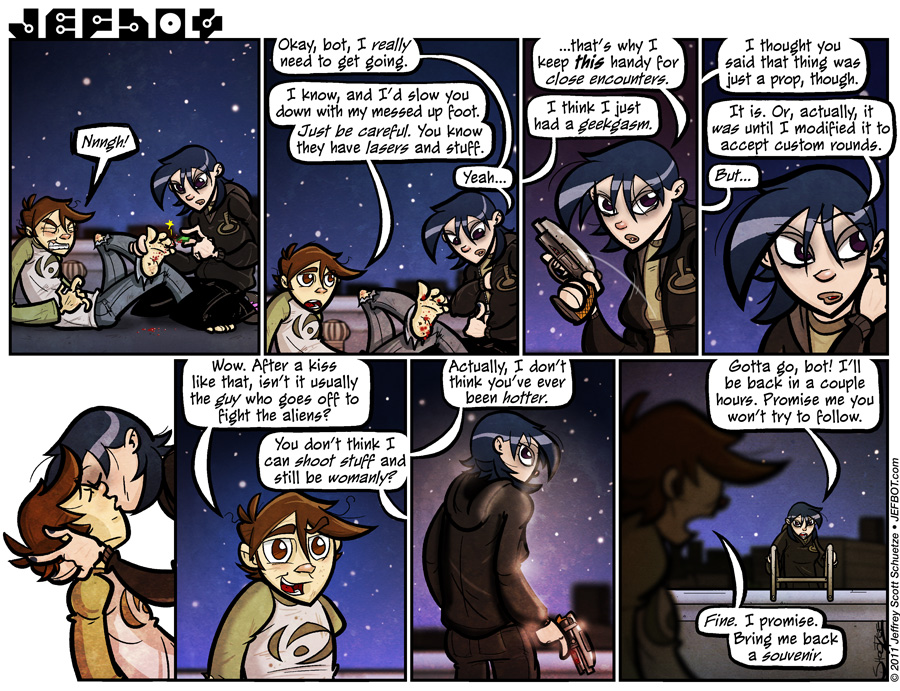 So jefbot doesn’t get to go with cel to the crash site due to his injured foot, but it’s probably for the best since he doesn’t have cel’s fighting skills or her blaster. Speaking of which, some readers were already skeptical when cel said her gun was just a replica almost a year ago (JEFBOT.227) and now it appears your distrust and paranoia were justified.

And what souvenir could cel possibly bring back from the crashed alien ship? Ray gun? Neuralizer? Probe? If it’s the latter, let’s hope it’s sanitized.