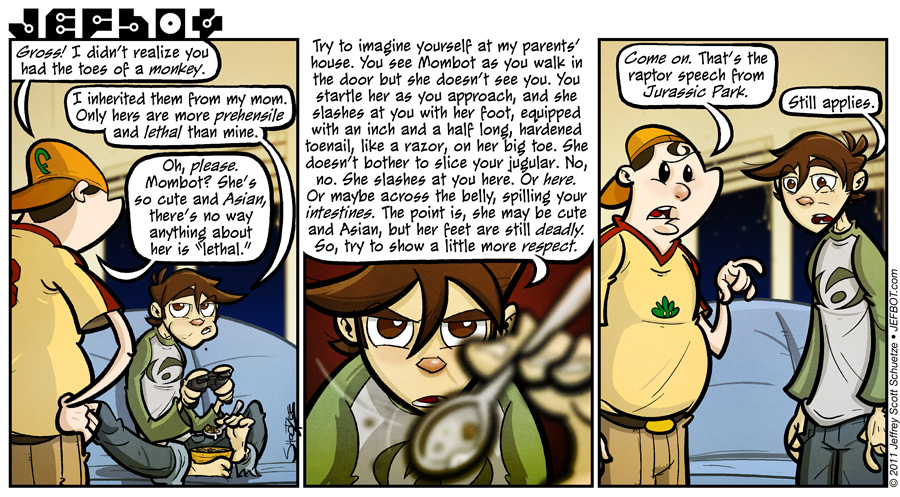 The strength and deadliness of Mombot’s toes have been detailed in her character’s bio since the beginning of JEFbot, but I haven’t addressed it in the comic strip proper until now. This isn’t one of those things I’ve made up to be funny or exaggerated for humor: In Real Life my mom’s toes could be considered deadly weapons, and woe be to the child that has misbehaved while in close proximity to her bare foot. I have a birthmark on my stomach that I suspect may be a deep bruise from a time when I was on the receiving end of her grasping toes and raptor nail when I was a young boy. It may just be a phantom pain now, but sometimes it wakes me in the dead of night, and I clasp my hands to it, stifling a scream.