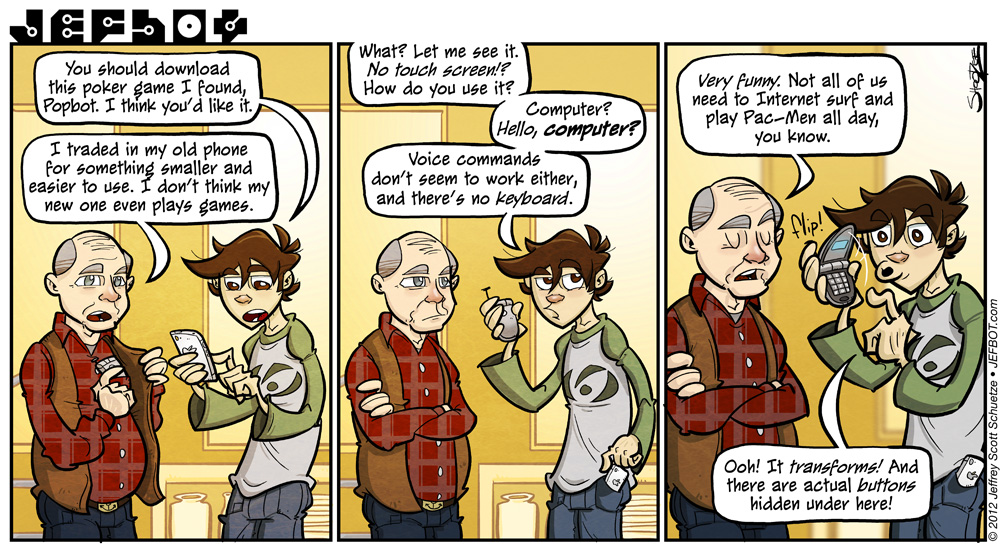 Judging by comments from the previous strip, I can assume many of you readers can relate to Popbot going with the most basic phone he could get. In real life, my dad recently retired his Galaxy smartphone for something much like what you see in today’s strip, mostly because he wanted a phone that a) could easily fit in his pocket, b) was simple to use and c) didn’t need a data plan because he was tired of paying for something he never used, which are all reasons i saw no reason to argue with. As for myself, I don’t know if I’m strong enough to “unplug.” It’d be nice – owning a smartphone with voice and data isn’t cheap and I’m trying to cut expenses – but I’m not ready to cut the cord just yet (if ever.)

So, questions: How many of you don’t own a smartphone, and those that do, how hard would it be to “cut the cord”?