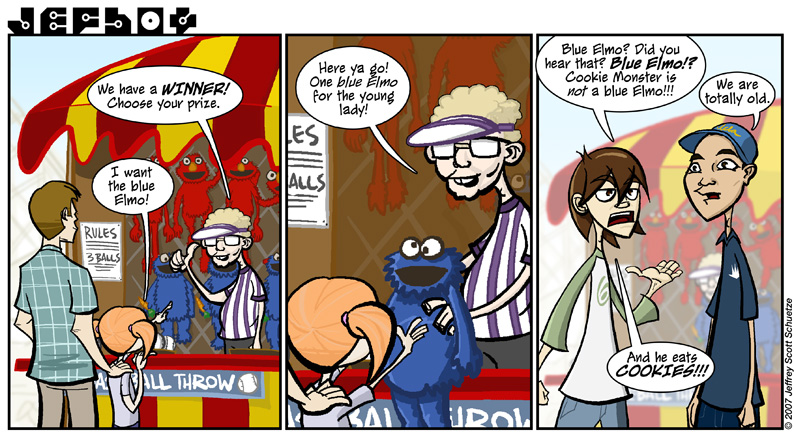 This week’s JEFBOT was inspired by an incident which occurred a year or two ago at the Knott’s Scary Farm Halloween Haunt, which my brother-in-law Mike Luke and I go to every year. In case you were wondering about the stranger in the last panel, this strip marks Mike’s JEFBOT debut, although his name has been changed to “Sean” since (as you might well know) I have a Michael in the strip already. Really, having two characters with nearly the same name would be needlessly confusing, if even just a little bit, hence “Sean” (it’s also Mike’s middle name). In the real world, Mike and I talk endlessly about movies, videogames and all manner of pop culture, so I’m sure his counterpart will be appearing in the strip from time to time when the need arises. Please give him a warm welcome.