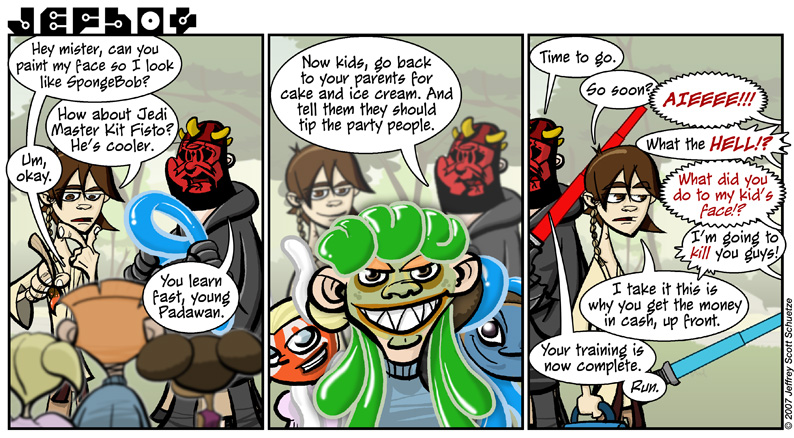 Thus endeth the “Sith Happens” storyline. There are so many more funny tales to be told about these kids parties. The stuff I’ve heard from Michael alone is hilarious (if you’ve ever seen his stand up comedy, you’ll know what I’m talking about) and could last months, so expect a return to the subject sometime in the future.

Oh, and besides a little cough here and there, I’m all recovered from that cold I had last week, so thanks for all the emails asking how I was doing. Sometimes I think my body just gets sick to force me into getting a couple consecutive nights of decent sleep. It worked and I’m feeling much better.

Also, in case you were wondering, here are the Star Wars characters referenced in this strip:
• Kit Fisto
• Shaak Ti
• Aayla Secura