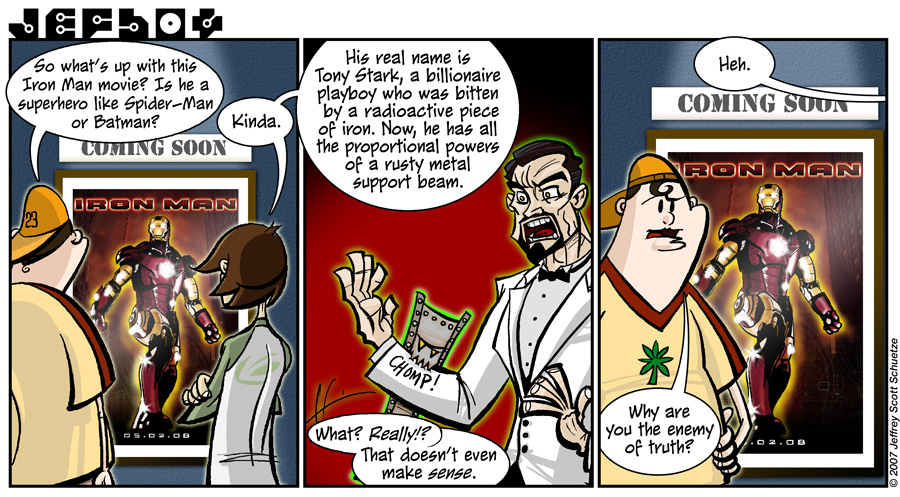 So this week’s JEFBOT came out of a conversation I had with my brother-in-law, Mike. We’ve seen the trailer for upcoming movie Iron Man now multiple times and he was pondering how his dad would react to it, knowing that the man doesn’t know or care about the comic hero. The above JEFBOT was my suggestion on how best to explain the character.

I’m pretty psyched for Iron Man, actually. Not because I love the character, (although I have warmed to him since becoming a fan of the New Avengers comic and to a lesser extent, the Civil War series), and not because of the promising trailer, but because I trust the director, Jon Favreau. So far, I’ve enjoyed every feature he’s directed including Made (cool, funny, crime flick), Elf (my favorite modern Christmas movie) and even Zathura (an underrated, fun, family movie) . He’s also had some great turns as writer (Swingers, of course) and actor. Basically, he’s earned my trust and I think it’s going to be a cool superhero movie and maybe the start of a fun franchise. Tony Stark’s a pretty complicated character and I feel confident Mr. Favreau will do him justice.