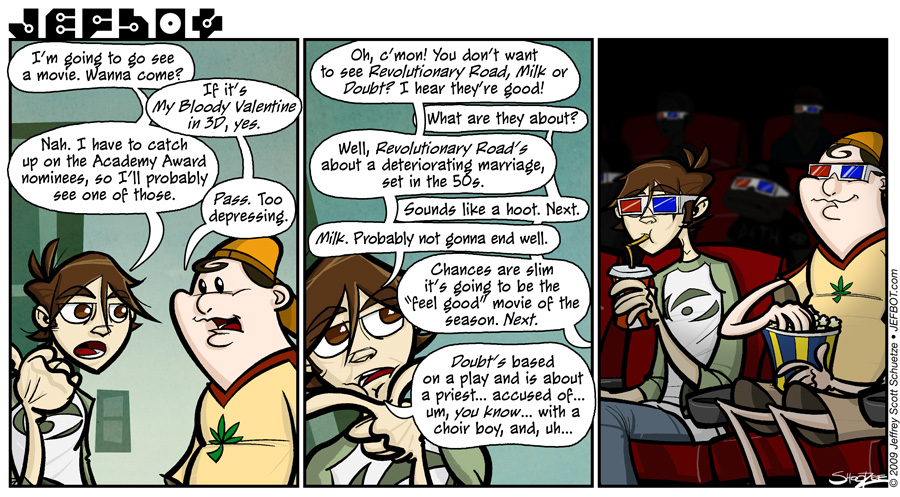 I’m not saying the movies that have come out during this award season haven’t been good, I’m just saying I’ve needed to psyche myself up before seeing some of these heavy films, then needed to pop some antidepressants after leaving the theater.

Oh, and just for kicks, check out how much the art style of jefbot and the Cornfather have evolved since the beginning, by comparing the last panel of today’s strip and this strip from August 2007. I must have had something against drawing shoulders back then.