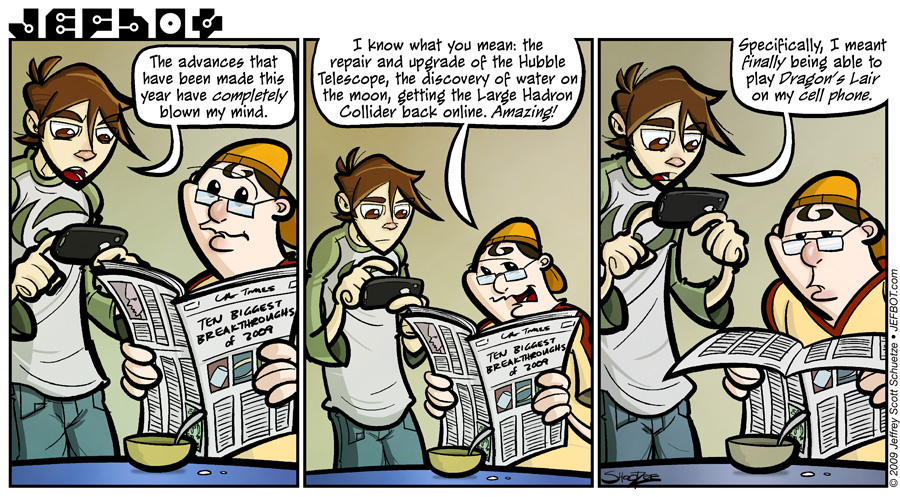 Dragon’s Lair holds a nostalgic, geeky place in my heart, mostly because I remember the shock it created after it hit the arcades when I was a kid. It wasn’t like playing Pac-Man or Zaxxon or Defender with their sprite-based graphics, it was like playing a full-fledged cartoon due to the laserdisc system which ran the game. And even though the gameplay wasn’t all that great – the player hit a 4-way joystick and sword button at the correct time corresponding to the animation onscreen – it was still like playing a game from the future.

Well, I’ve played many iterations of Dragon’s Lair since then, including a pretty bad version on the Commodore 64 and a playable version for DVD (which I played on my PS2). A prized possession of mine is the Blu-ray version, signed by the creators of the game, including animator Don Bluth and screenwriter Gary Goldman. But having a near-perfect (the touchscreen controls aren’t ideal) version on my iPhone, with all the animation from the original arcade game, is just astounding to me. And a reminder of just how far technology’s come.

And yeah, all those things that the Cornfather mentions in that second panel are pretty cool, too. 😉