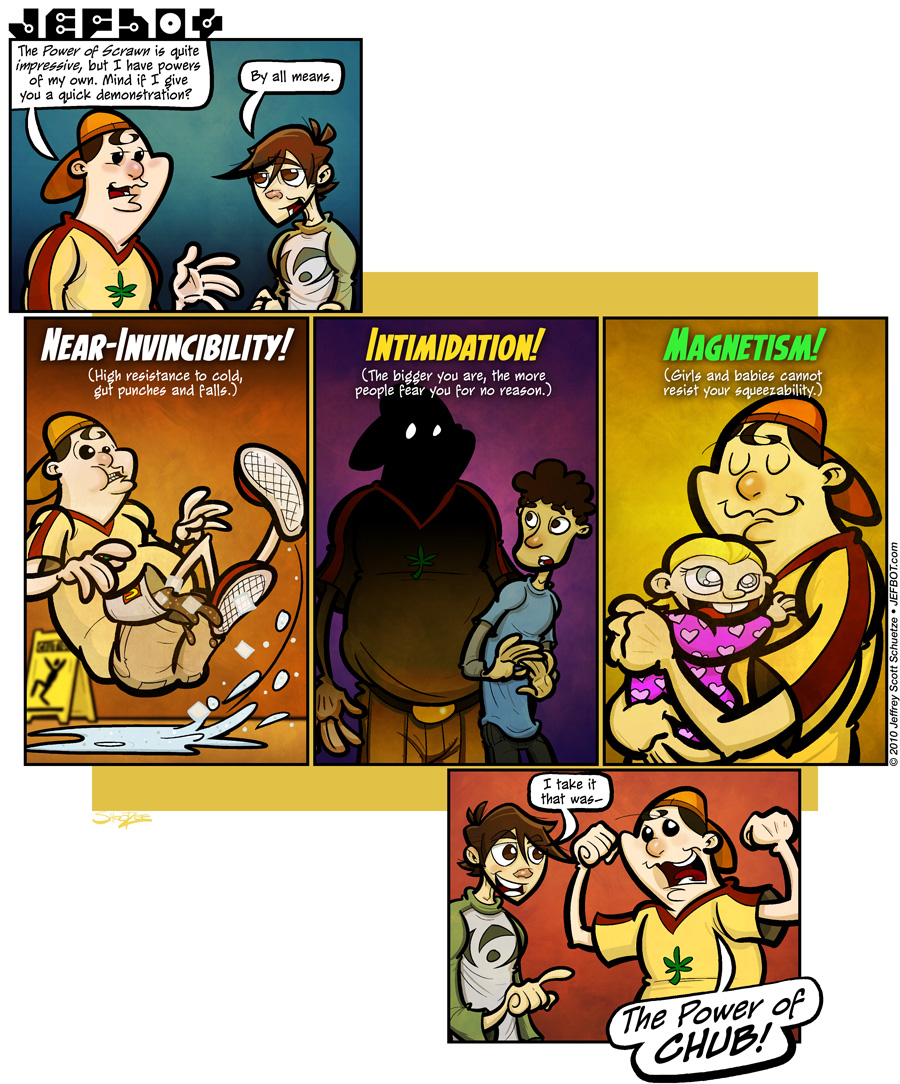 It’s been interesting hanging with Michael Cornacchia (the Cornfather’s inspiration) since he lost a good percentage of his weight, and with it, his Powers of Chub. Case in point: he’s always complaining about how cold it is in L.A. now. Where he used to go out in a t-shirt and shorts, he’s now completely bundled up in jackets, pants and scarves. He also complains about how uncomfortable it is to sit on hard surfaces, now that he doesn’t have as much “natural padding.” Unfortunately, the Powers of Scrawn do not come without a price, and those are but a couple examples of the debt that must be paid.

Actually, now that he’s gone over to the scrawn side, perhaps I should see what powers an expanded waistline offers. Actually, at the rate I’ve been chowing down this year, I might not have a choice.