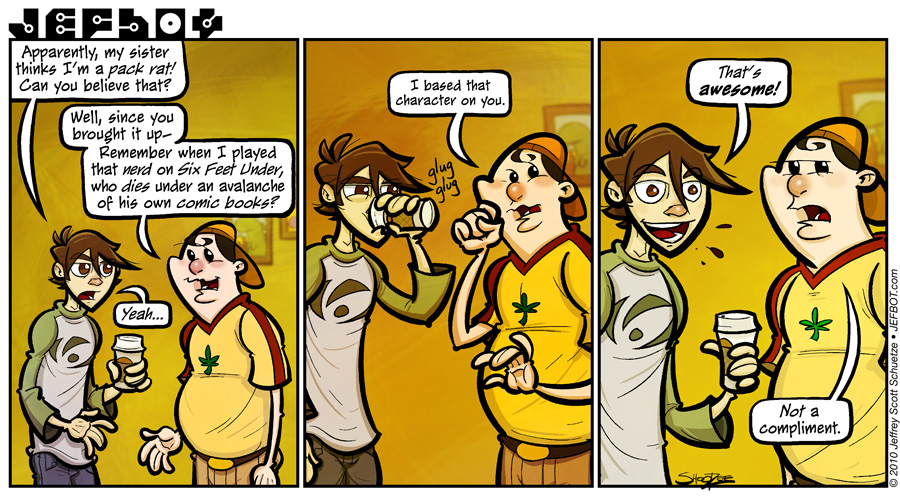 I remember when Michael Cornacchia (the Cornfather’s counterpart in “real life”) called me on his first day of shooting HBO’s Six Feet Under to let me know it was like stepping into my apartment when he walked onto that set. Unlike jefbot in today’s strip, I wasn’t sure whether or not to take that as a compliment when I found out the nature of his character’s demise. Note this was years ago, when Michael was still rocking the hair curl and the Power of Chub.

The first clip from Michael’s acting reel below shows the scene. Know that there’s some adult language if you’re under 17 or at work so view responsibly.