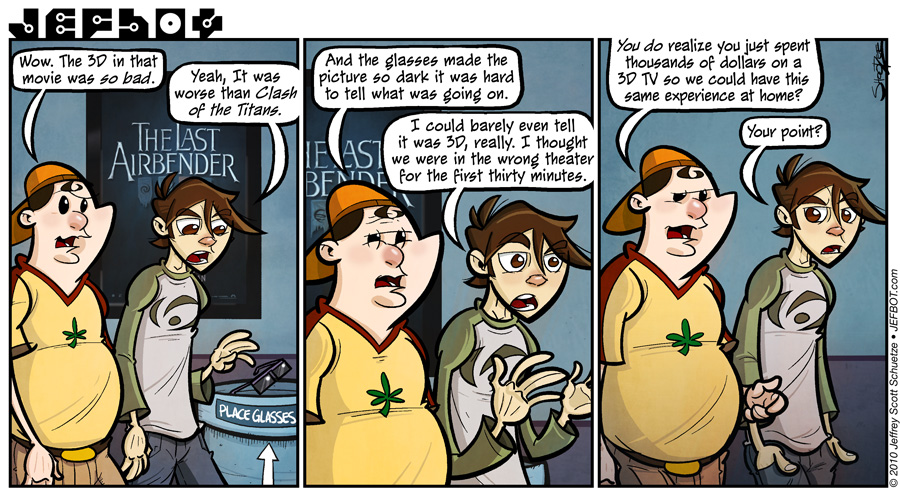 If the studios want 3D to be more than just a fad (and the electronics companies want to sell more 3D TVs, Blu-ray players and discs), they better start making the experience more compelling in the theaters. I hear more and more people becoming discouraged paying a premium to see movies in 3D like Clash of the Titans and The Last Airbender, which were converted to 3D after they had been filmed in 2D, with varying (but mostly negative) results. And after the discussion in the comments of the previous strip, it seems a lot of us are pretty apathetic or hostile toward 3D in the first place.