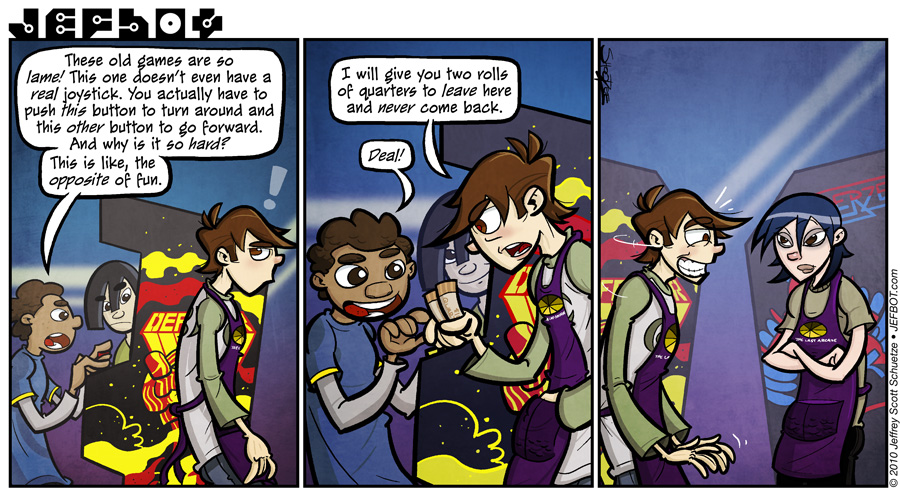 Video games used to be hard. Like, really hard and uncompromising. While modern consoles do have some games that require a high twitch level (Geometry Wars comes to mind), not many can compare to the challenge of say, Defender or Robotron 2084 back in the day. Not that I’m complaining – I actually like that there’s more diversity in today’s video games, with both “casual” and “hard core” games finding success this generation. And with delivery systems like XBOX’s Game Room or the Wii’s Virtual Console, it’s easier than ever to relive some of that arcade nostalgia, but it’s just not the same as playing on those old coin-op machines.

Now let’s hope that cel understands where jefbot was coming from in getting rid of those kids that dared to disrespect one of the classics!