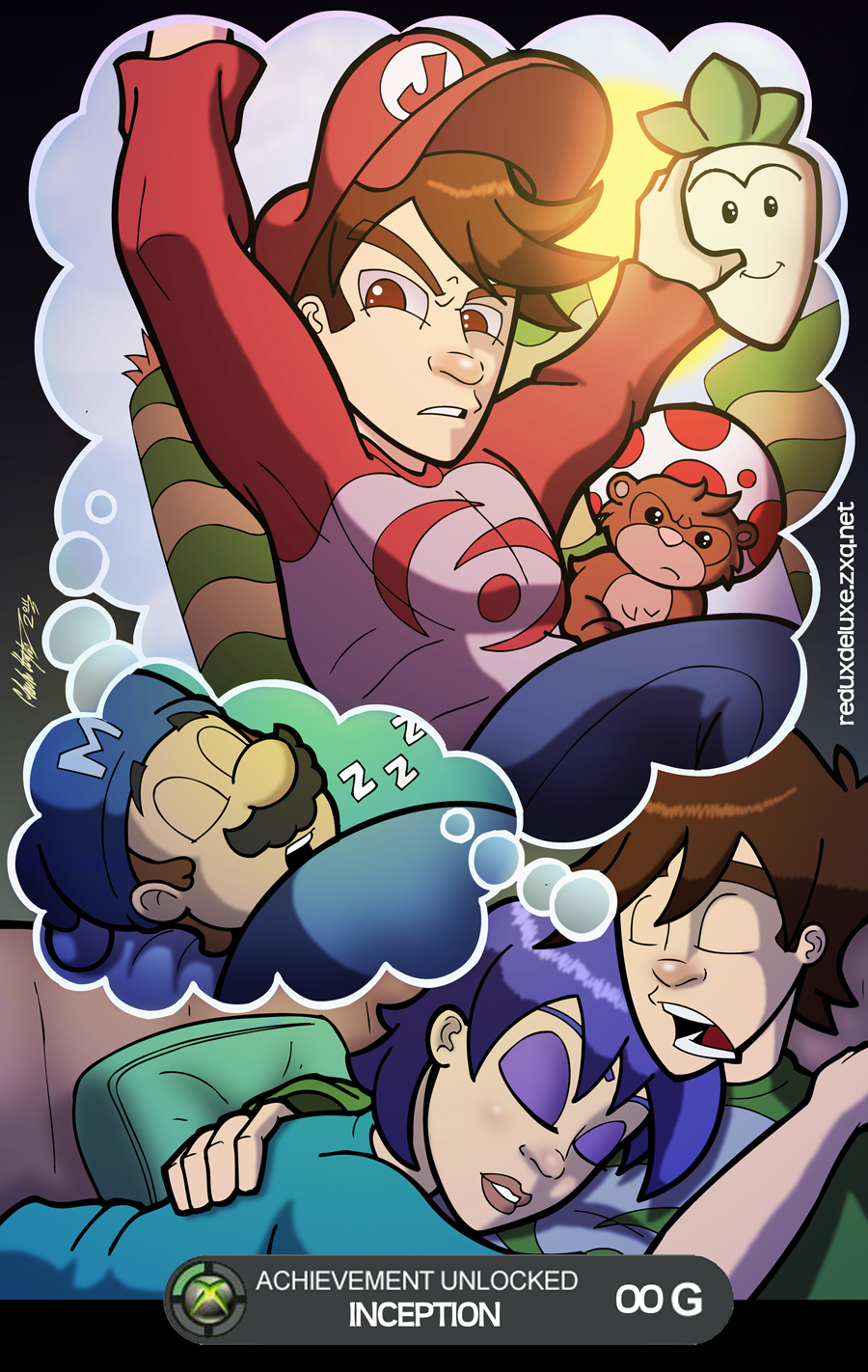 It’s been a while since I’ve run any guest strips on this site, and this one from Charles Arrington is a fantastic way to bring them back!

I love everything about this strip – the cartooning, the colors, and especially the concept. Not only am I thrilled by the dream within a dream within a dream happening Inception-style here, but gamers will note that jefbot’s in Subcon, the dream world from Super Mario Bros. 2 (and yes, I know about its roots as Doki-Doki Panic but it’s still one of my favorites.) Just way, way cool. Love the expressions throughout, jefbot’s delusion of Mario-esque grandeur, and cel and bot snoozing on the couch, which just caps the whole thing off with a nice touch. Great stuff!

Thanks, Charles, I couldn’t be happier leaving the site in your capable hands while I’m in the midst of getting ready for Seattle’s Emerald City Comicon which is happening later this week! (I’ll be posting a progress update soon.) And JEFbot peeps, go check out Charles’s cool “work in progress graphic novel” Redux Deluxe for more awesome-y goodness!

P.S. If you’d like to help me out with a guest strip while I’m away at the Comicon, email me here.