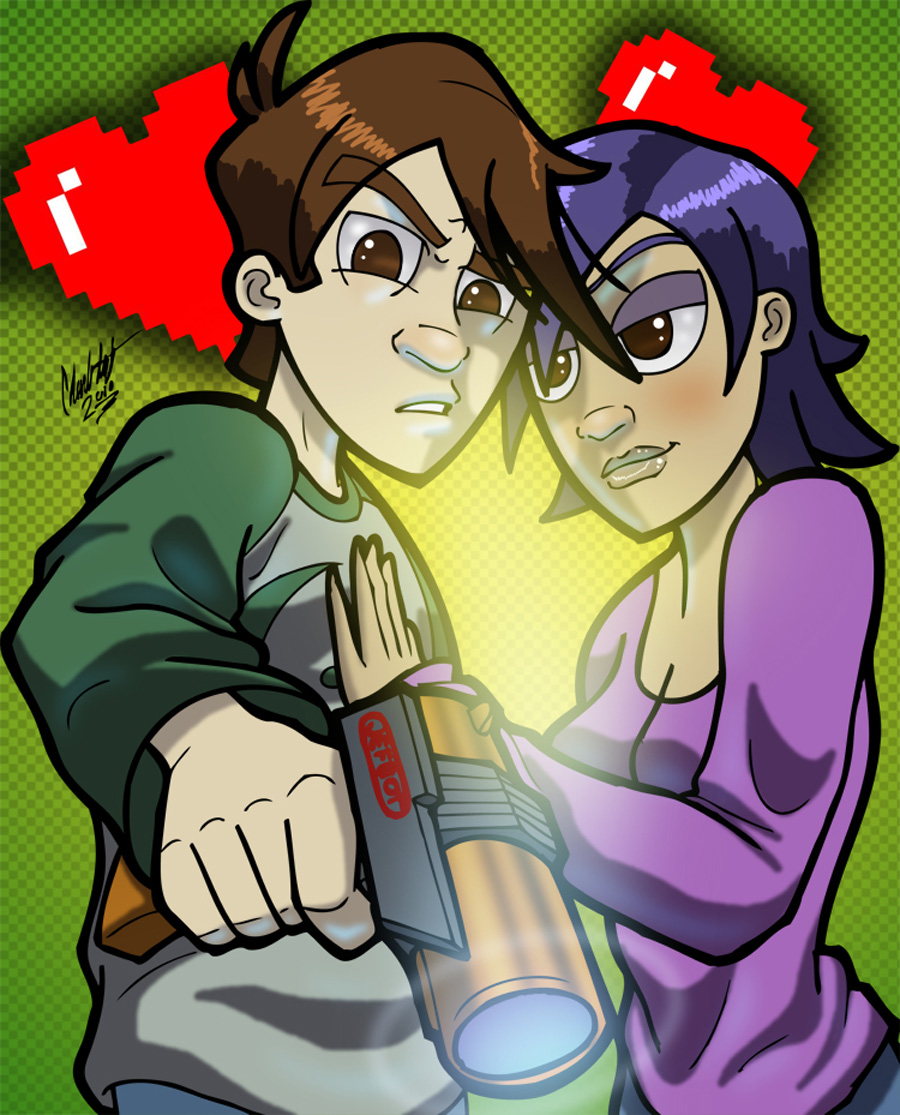 Here’s another awesome guest strip from Charles Arrington of Redux Deluxe! He sent this one in a while ago as fan art, but for some reason, I didn’t run it. I think I was holding onto it for a rainy day when I needed guest strips, and seeing how I’m in Seattle for the Emerald City Comicon, where it’s been raining and hailing since I got here, now seemed the perfect time to post it. I’d write more about how great the art is – especially with cel, the 8-bit hearts and jefbot holding a Zapper – but you already know how awesome Charles is from his last contribution! Check out his online graphic novel, here:
• Redux Deluxe

Emerald City Comicon update: I’ve been getting my booth set up (here’s a twitpic of my banners) and have met a bunch of cool artists and writers. Been an absolute blast so far! Will expound more later in a proper post – I still have work to do on my booth before the convention opens – in approximately 6.5 hours! And from the emails and tweets I’ve been getting, it looks like I’ll be seeing some of you there! Can’t wait!!!

CAKE ALERT: Sending big wishes, hugs and love to Mombot, who’s celebrating her birthday today!!! Cake and presents when I get back from Seattle!