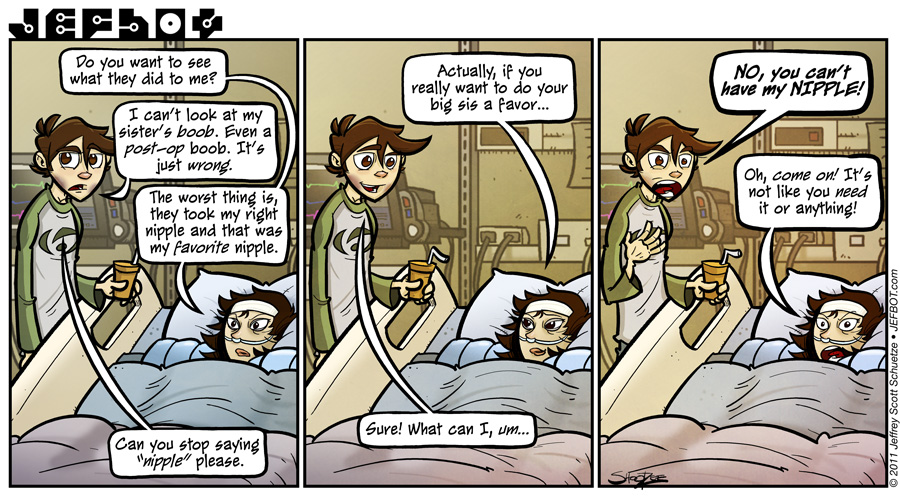 I never said things wouldn’t get weird with this story arc. Unfortunately, today’s strip isn’t something I made up, but something that was taken almost verbatim from a conversation I had with my sister, Linda, in the hospital. Frighteningly, It’s possible I would’ve given in to her request had she persisted – she does have cancer after all and can get pretty much whatever she wants from me – but she dropped it after a while and hasn’t brought it up since. I’m hoping she’ll ask my other sister, Laura, for the nipple donation when the time comes, but if not – I may have to draw jefbot with one nipple instead of two in future strips featuring him shirtless.

And in case you were wondering, I talked to my sister and cleared using her mastectomy in the strip before I started working on it. While it may be a bit heavy for some, I didn’t want to sugarcoat the severity of the operation to remove her cancer, and Linda wouldn’t want me to pull any punches, anyway. Also, during our initial, grim conversation in the hospital about nipple donating, I can’t deny that we both found the humor in it, even then.