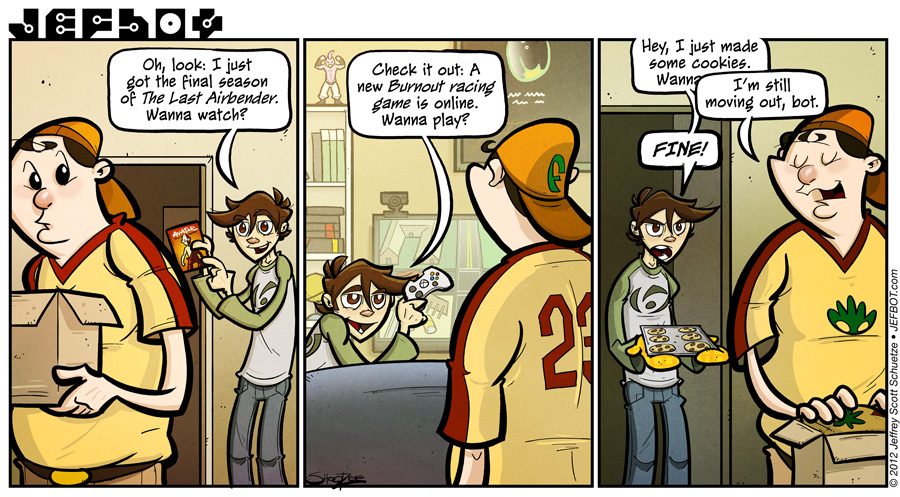 So the countdown to the Cornfather’s departure continues with just a few strips left! I think any more than that and jefbot’s pestering will make the Cornfather positively homicidal.

And funny thing about Avatar: The Last Airbender – the Cornfather’s counterpart (Michael) and I had been watching the series on Netflix a year or two ago, loving the story and consuming nearly the entire run in a matter of weeks, but we never watched the final episode. I think we were waiting for a special time to watch it or maybe it was just bad timing, but we never found out how everything ended up. Please, no spoilers in the comments, as I do intend to invite Michael over and finally watch the finale (especially since the spinoff, The Legend of Korra, is coming soon.) Actually, at this point, it’s been so long I almost feel like watching the series again to give myself a refresher before watching the final episode and the new series. Anyway, any Airbender fans out there? (And I’m not talking about the godforsaken Shyamalan live-action version.)