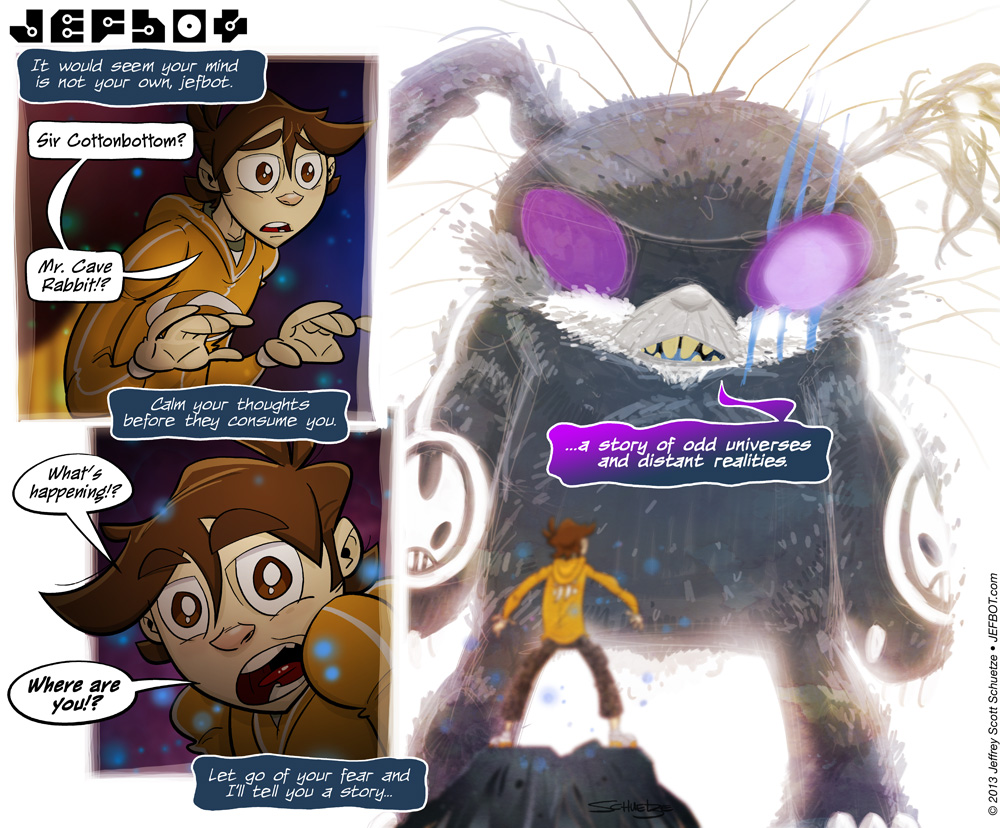 JEFBOT.553_Further Down the Rabbit Hole

Let’s hope jefbot can hold onto his sanity as his mind journeys further down the rabbit hole.
—

Speaking of trips, I’ll be signing books and selling BOTmerch at the Salt Lake Comic Con in Utah next week from September 5-7! Unfortunately, this means there probably won’t be any new strips until the following week as I’ll be getting the BOTbooth ready and traveling leading up to the convention, but if I have any free time before then, I’ll try and get a comic up. But, hey, I’ll be posting pics and updates before/during/after the con, so you can check that stuff out here or on my Twitter feed all next week. It’s my first time at this one and I’m pretty excited so if you’re in the neighborhood, come on by and say hi! I’ll have some exclusive BOTtons for you BOTreaders of course, while supplies last. Here are the details: