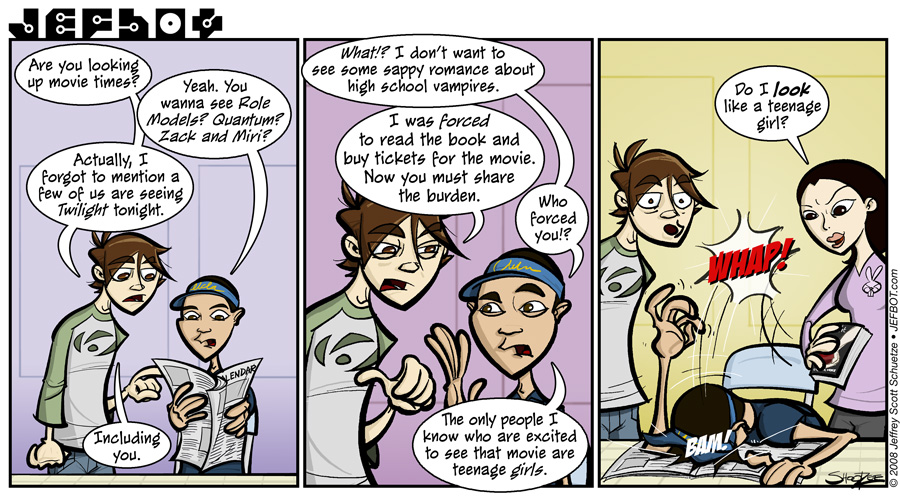 There must be something seriously wrong with me, in that I keep cracking myself up drawing Xinda’s rampages. I swear this will be the last time I’ll have her punching, kicking, spraying, poking, stomping or stabbing anything or anyone for at least the next several strips. See, even just writing that made me chuckle! I have a problem.

Anyway, I had no clue about Twilight until my sister Linda gave me the book and insisted I read it. Even then I didn’t realize what a phenomenon it was/would become. I liked it, not nearly as much as my sister and niece, but, as evidenced by the strip above, I’m apparently not part of the core demographic.