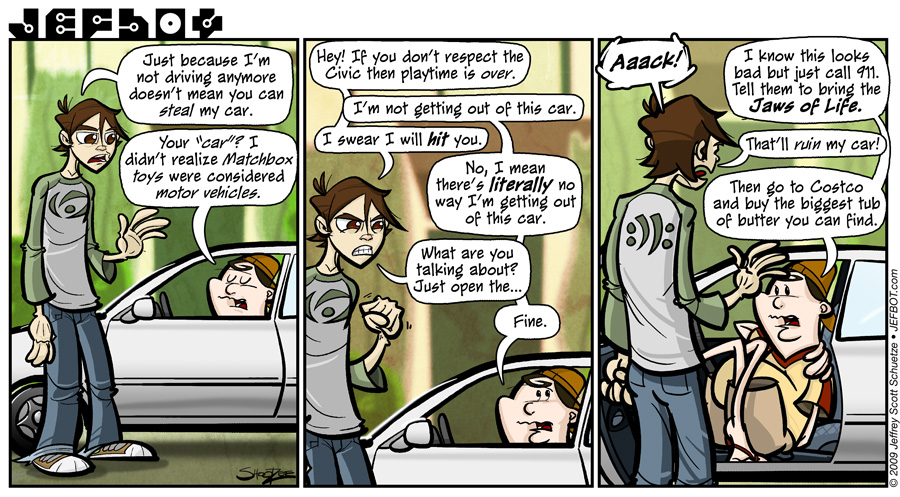 In the many years that I’ve known him, I think my friend Michael, the Cornfather’s counterpart in the real world, has ridden in my Honda Civic Hatchback maybe only 4 or 5 times, and only then because he’s had no other options. He calls the hatchback my “toy car,” and another friend, Ric, calls it the “egg.” Yet, despite the ridicule and the fact it has around 300,00 miles on it, I do love it since it’s fun to drive (it’s a 5 speed manual), gets great gas mileage, and I paid it off years ago.

And yes, although he doesn’t have quite the same level of difficulty as the Cornfather, Michael does have problems getting in and out of the thing.