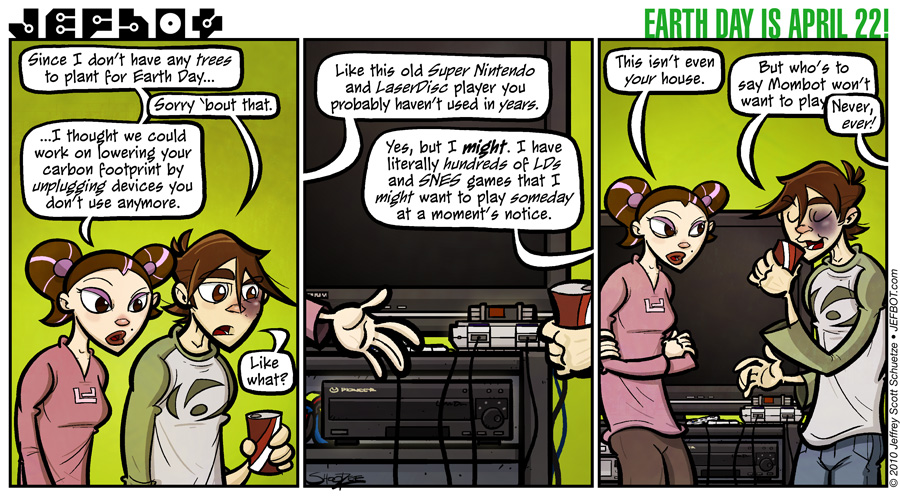 My Super Nintendo remained plugged into my mom’s TV a LONG time. Mostly due to Tetris Attack being a game that was supremely addictive, and one that my mom, sister Laura, friends and I could play against each other on occasion. I also had the SNES GameBoy adapter, so my mom could play the original Tetris on the big screen with a real controller. The SNES remained attached to that TV long after we grew bored of those games, and long after I moved out when I went to college. I eventually did take the console back so I could break out Chrono Trigger, ActRaiser, Super Metroid and Super Mario Kart (among others) at will. Damn, that was a great system!

The Playstation 1 and my Commodore 64 still remain at my parents’ house to this day, albeit unplugged.