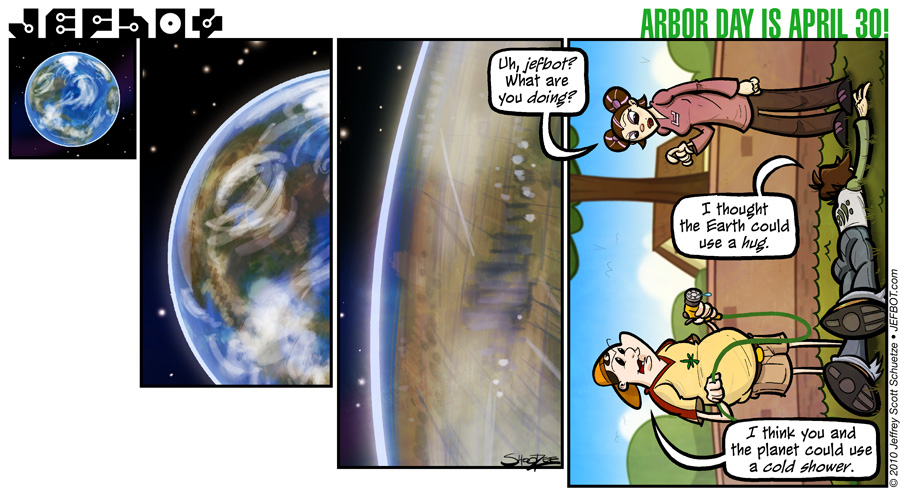 Thus, our “Going Green” storyline comes to an end. So maybe jefbot didn’t learn the “true meaning of Earth Day” exactly but maybe Lor got him thinking about the planet a little more than he normally would have. Who knows? Maybe he’ll actually <i>not</i> kill any seedlings or rose bushes next year and that’s a start.

Happy Arbor Day everybody! Hug a tree! Hug a planet!