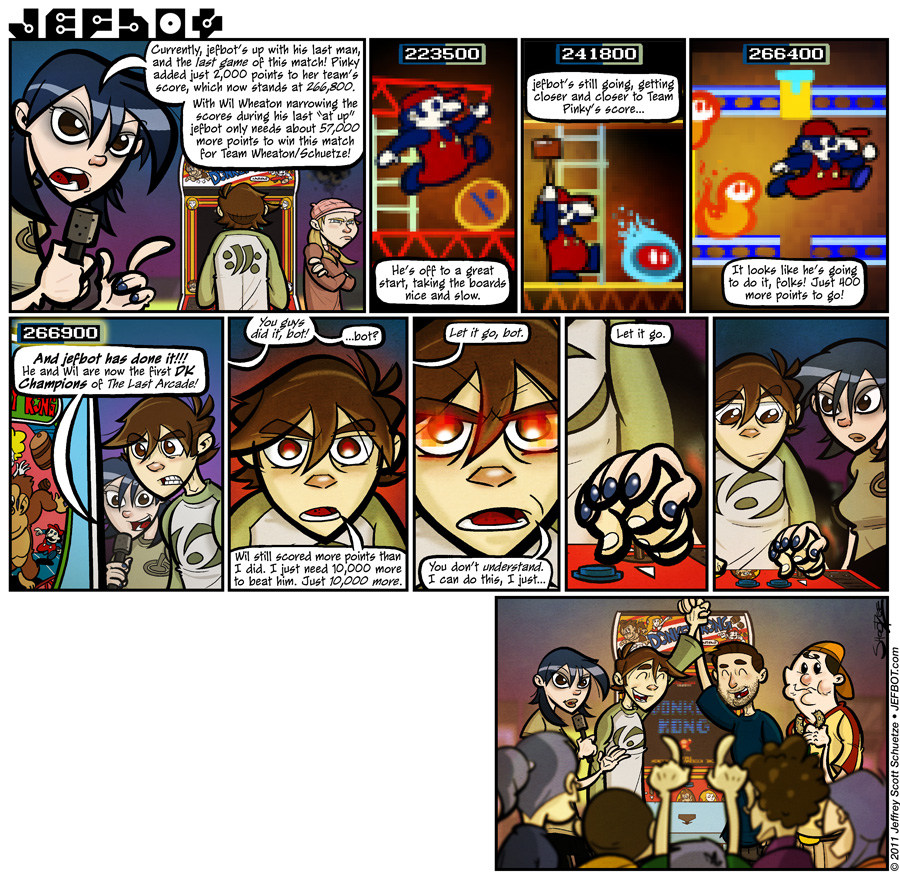 UPDATE — The strip’s finally up!

Ladies and Gentlemen, I present the champions of the first Donkey Kong Battle of The Last Arcade! It was a hard, long-fought war, but the deserving victors pulled through in the end! Let’s just hope Pinky and her brother don’t take it too hard…

Sorry for the delay, folks! Today’s strip is a big one, since 1) it’s the climax to The Last Arcade storyline, and 2) it’s ten big ol’ panels, so I didn’t want to rush it. Since it doesn’t look like I’ll be able to finish this one on time even if I pulled an all-nighter, it’ll most likely go up tomorrow night (I have work tomorrow, so won’t be able to start drawing again ’til after I get back in the evening.) I’ll post an update on my Twitter feed and Facebook page when it goes up.

In the meantime, I thought you might like a sneak peek at the first panel of the comic. I did a little onion-skinning on it so you can see some of the process behind the pencils, inks and colors.