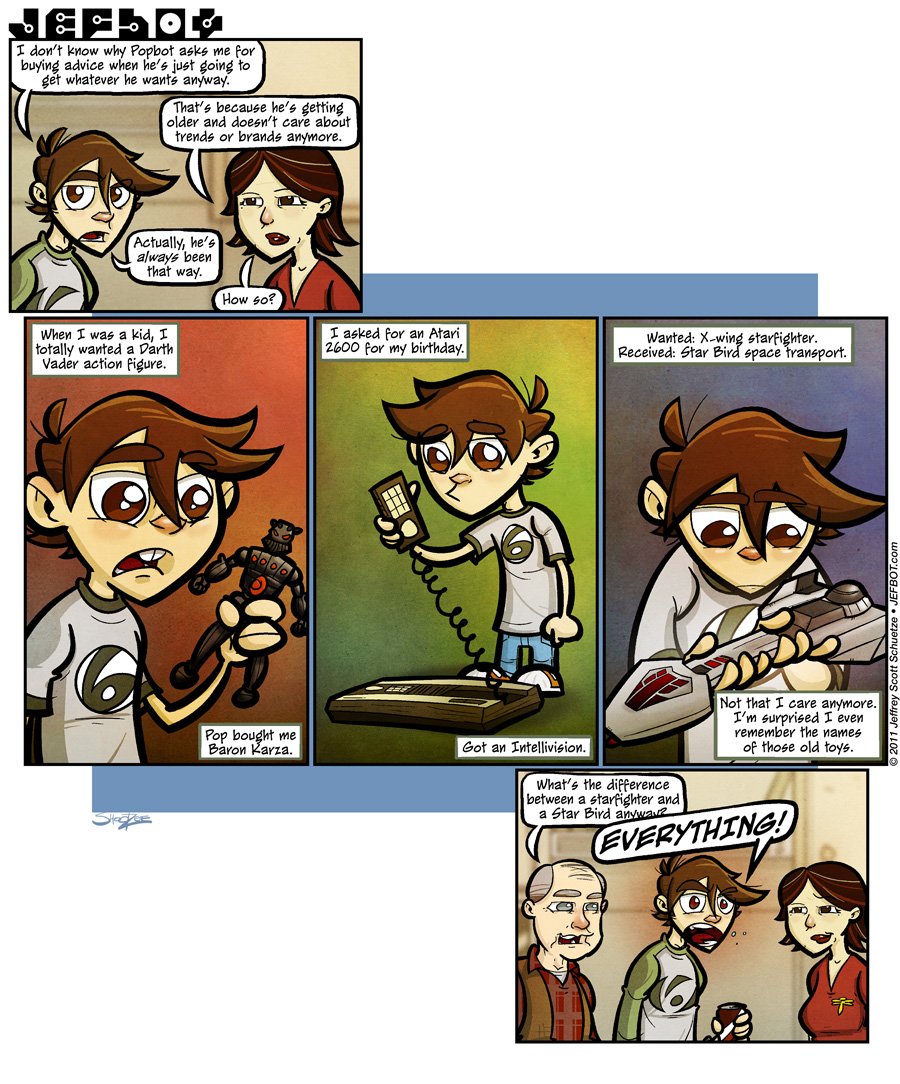 While jefbot’s stories about Darth Vader/Baron Karza, the Atari 2600/Intellivision and the X-Wing/Star Bird are all true, it’s also true that I – and by association, jefbot – came to love those toys just as much as I would’ve had I gotten the genuine toys I requested. I suppose I don’t have to tell anyone who reads JEFbot willingly, but just for clarification: When a kid asks for a toy from Star Wars, Transformers, Robotech or any other movie/videogame/tv show/what have you, only a toy from those properties will do. Believe me: kids know the difference. They may grow to like the toys you give them, especially if they have no other options, but they will always remember. Always. Some of them might even use those memories as material for a comic strip of their own. Just sayin’.

—
author’s note: When jefbot says “EVERYTHING!” in that last panel, it should be considered in the same tone and manner that Gary Oldman says “EVERYONE!” in the movie Leon: The Professional. clip here.