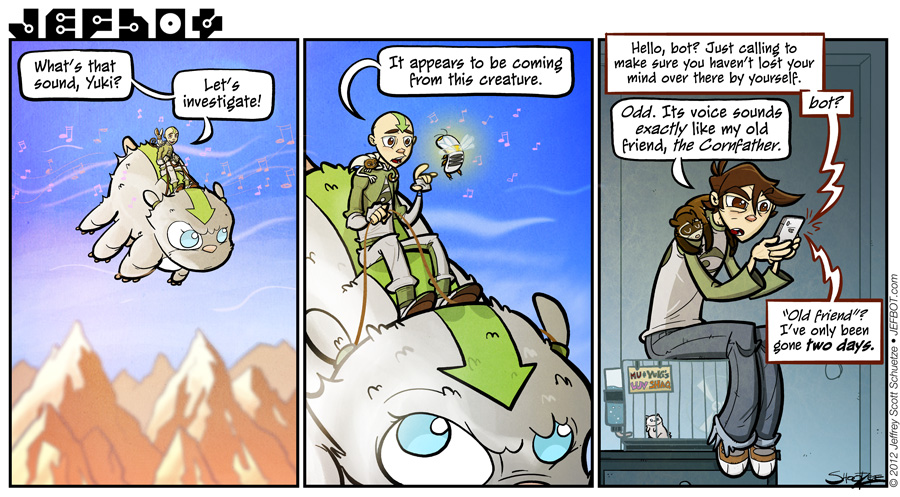 I was relieved so many of you expressed your fondness for Avatar: The Last Airbender (the animated series, not the live-action movie, of course) when jefbot was putting the DVDs on for the Cornfather a few strips back, since it sparked the delirium going on in today’s strip that I had such a fun time drawing. Hopefully, jefbot won’t dwell in his own mind for too long – I think brushes with madness can be okay, as long as you don’t make a habit of it – especially since he’s going to have to figure out what to do with the apartment (should he stay or should he go?) now that the Cornfather has moved out.

And no, Musashi didn’t miraculously show up in the hamster cage in today’s strip. Longtime readers may remember that, before he was abducted, Mu had a co-habitator of his own named Yuki, who’s still keeping the home fires burning, apparently. Also, fans of jefbot’s ferret will be happy to see Abraxas back in the strip, too.

Needless to say, this strip was supposed to go up on Tuesday and it didn’t happen; drawing and coloring new characters and backgrounds always seems to take way more time than it should. If all goes well, though, Friday’s strip should be up on time.