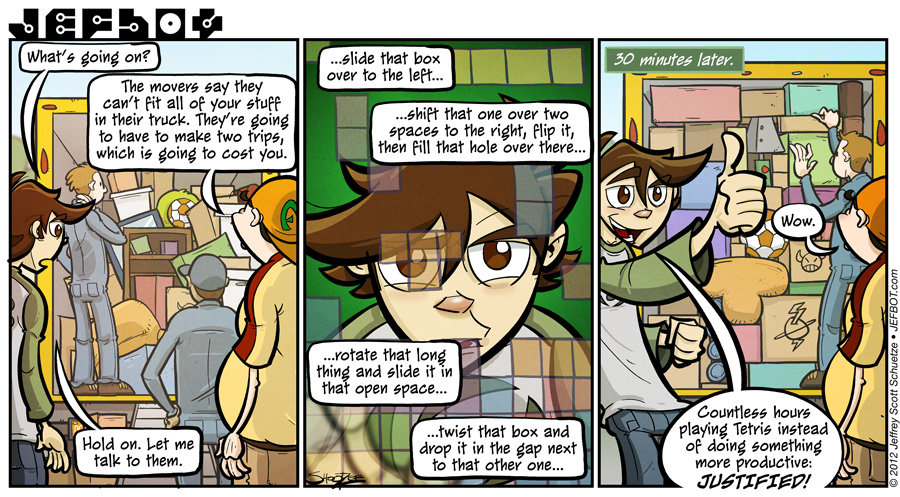 Many of you could see the potential of jefbot merging his Tetris abilities with his current moving situation back when the strip JEFBOT.417 was released a few weeks back. I’m sure many of you can Justify many of your own “misspent” hours playing videogames just like bot, here. I’d like to think a bunch of the RPGs, RTSs and MMOs I’ve played have honed my reasoning, deductive and social skills, and some platformers and FPSs have certainly improved my hand-eye coordination. To say nothing of games like Brain Age and Wii Fit that have tuned my brain and body respectively, somewhat. What games have you readers played that have influenced your skills in the “Real World”? If your response is Splatterhouse or perhaps some of the more violent parts of the Grand Theft Auto series, please get help.