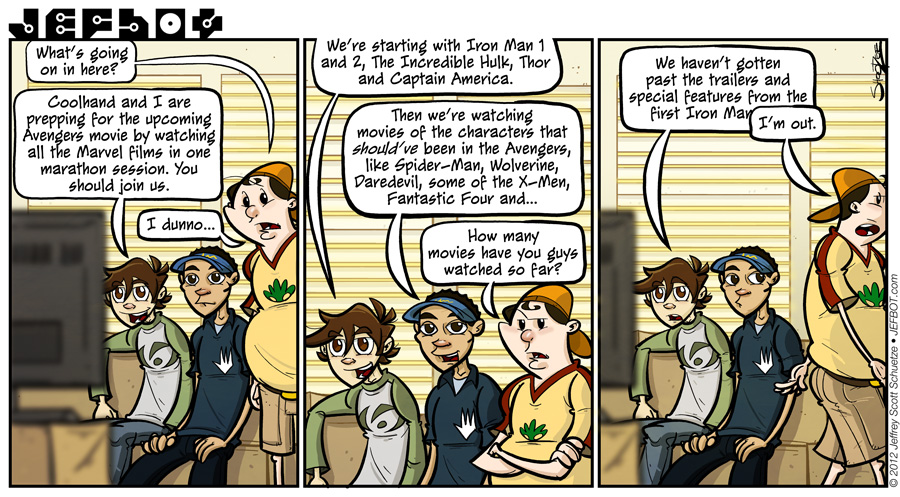 It has only been within the past few weeks that I’ve actually been excited about the Avengers movie. I don’t know, the first trailers just left me feeling kind of underwhelmed. However, after seeing the new trailer, where the Avengers actually assemble, I’m pretty stoked for the movie and my buddy Coolhand/Mike L. and I are making our way through the Marvel films  again as we speak (we watched Thor again last Sunday and will probably revisit The Incredible Hulk and/or Captain America this weekend.) We used to go more nuts for this kind of thing, where we’d have marathon film fests. I think the longest one was back-to-back Star Trek films leading up to the release of Star Trek VI: The Undiscovered Country. We generally buy a ton of super/king/macho-sized fast food and gorge ourselves while watching movies all day. Lately, we’ve been kind of maxing out at two or three movies in a sitting, like we did while the Harry Potter movies were still being released. Guess that means we’re getting soft in our old age.
–
Aagh! Late strip! Craziness at the day job has been interfering with the strip this week, but I’ll try and get back on track for Friday. *fingers crossed*