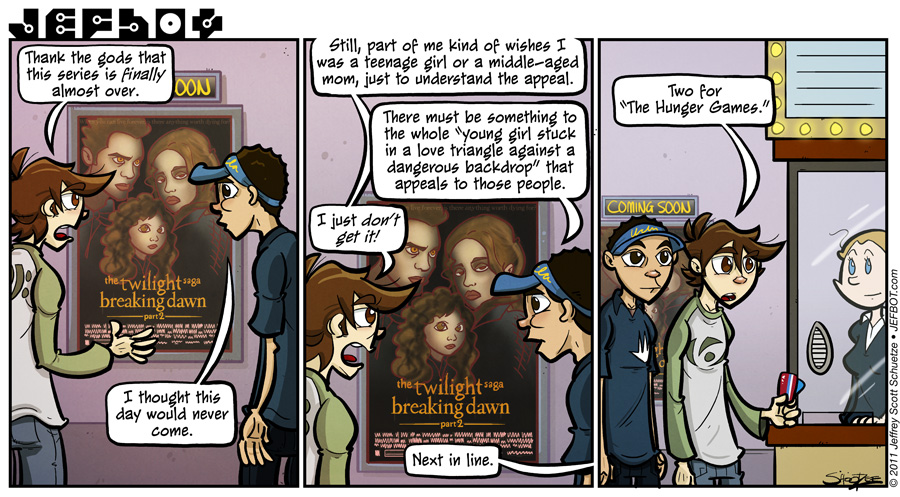 Although, in the JEFbot Universe, Coolhand and bot may have seen the original Twilight movie (see: JEFBOT.95,) in the Real World, both of us have managed to stay far away from it. Which is strange because we see almost everything. Especially every big, blockbuster franchise. But for some reason, Twilight is different. It holds no sway over us, nor does it try to. Hunger Games is different, however. Perhaps because of the violence? Or the Running Man meets American Idol meets Battle Royale meets Survivor concept? Or maybe because the romance aspect isn’t the primary thrust of the story? It’s unclear, but we did go and see the movie on opening weekend and enjoyed it, even though we felt a bit self-conscious being the only dudes in our age group amongst a sea of excited, tween girls cosplaying as Katniss or other characters from the books. I actually read the book and enjoyed it more than the movie, so am now thinking about reading the sequel, Catching Fire, but need to make a bigger dent in my reading pile before I get to it.

So what do you guys think? Am I missing out by not giving the Twilight movies a chance? Or have I dodged a bullet by not getting caught up in the hype?