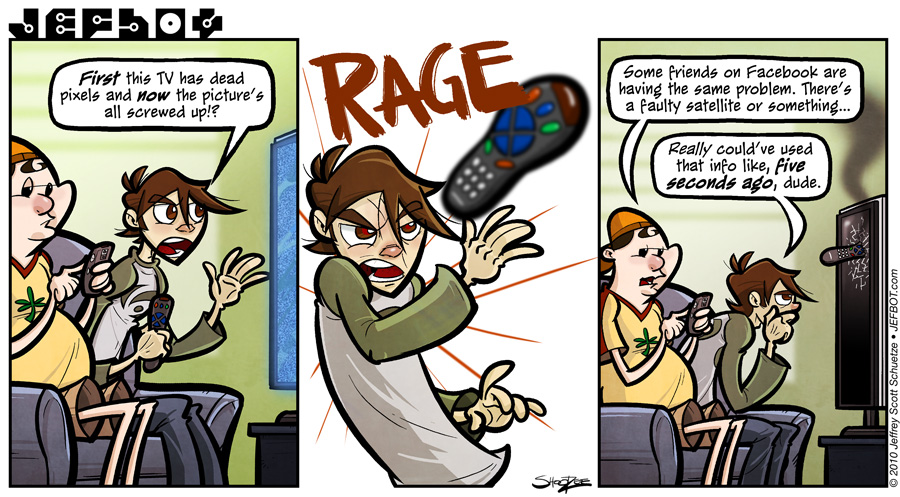 While I haven’t “raged” as much as jefbot did in today’s strip in a long time – I’m actually a pretty zen guy in most cases – I’ve definitely wanted to throw objects at my television on occasion. Objects like videogame controllers while playing frustrating games such as Geometry Wars: Retro Evolved 2, Street Fighter IV or Ikaruga. Do they make Nerf controllers for the 360, PS3 or Wii? If not, someone really should.

Also, it bugs me when news stations give you a sensational story (like a kidnapping) and then rarely fill you in on what happened later (was the victim found?), so: those that watched LOST Sunday night know that in the “real world” the rogue satellite’s transmissions from the previous strip (JEFBOT.241_LOST Signal) fortunately did not interfere with any cable programming. Though I must admit, I was curious to see what would happen if it actually did. Click here for the article.