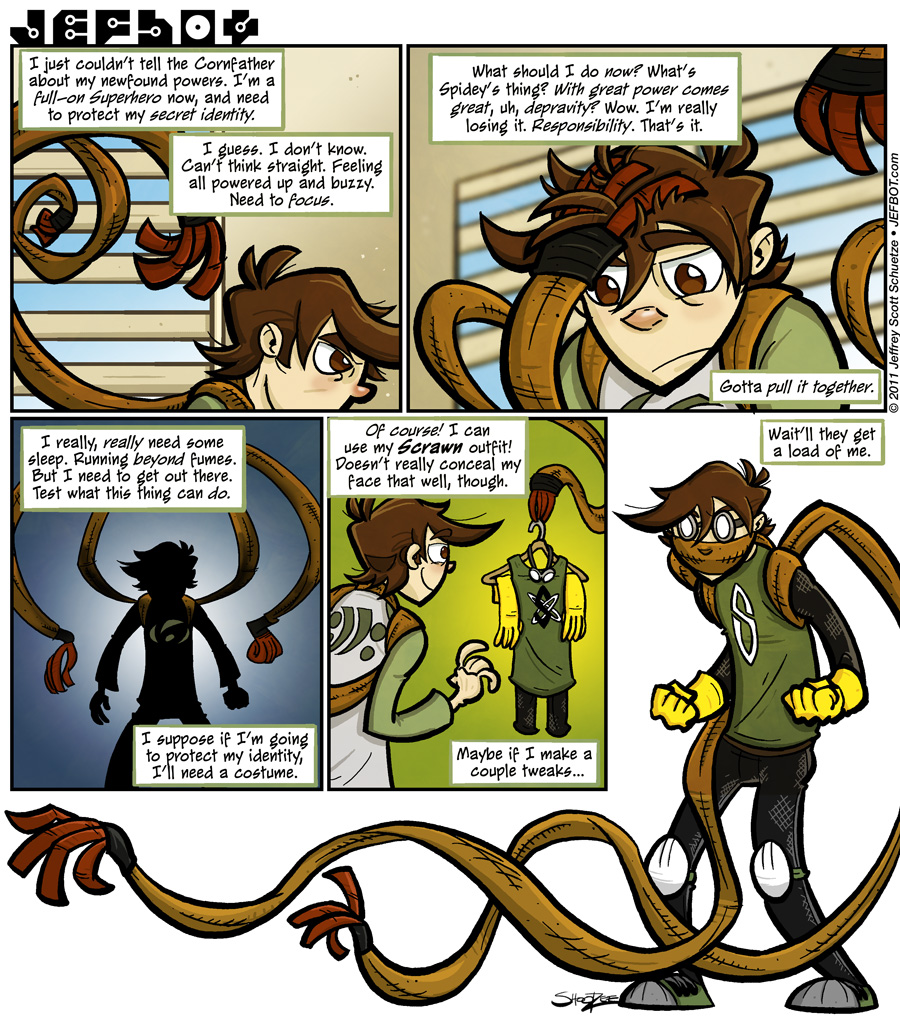 JEFbot readers will remember that bot’s Scrawn costume was born from this strip and then never seen from again. Until today, that is. Now that the Angry Scarf’s powered up and bot’s all suited up, will he go and fight crime like the Superhero he believes himself to be? (Although he is looking a little Supervillain-ish if you ask me.) And without his Partner-in-Herodom, Chubman!? Find out if he actually goes through with his plans in Monday’s JEFbot!

Yep, that’s right: Monday’s JEFbot! After much deliberation I’ve decided to continue the MWF schedule until The Angry Scarf storyline concludes. There might be some interruption as we get closer to APE (my next con appearance!) in San Francisco, October 1-2, but otherwise, the strips will continue to flow three times a week. Again, thanks for all the support!