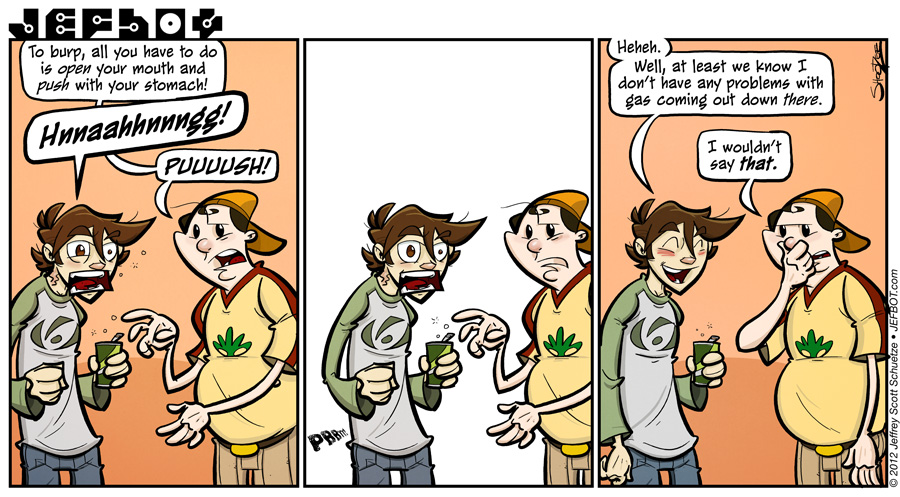 As many of you longtime readers know, jefbot – just like me – is unable to burp, so this isn’t the first time the Cornfather has tried to teach his buddy the ways of the belch. I recently had a conversation with someone who had the same affliction and, to my astonishment, he said he was able to cure himself by contracting his stomach muscles really hard and just pushing the burp up through his throat, sometimes painfully. Sadly – I’m not saying the outcome was the same as in the strip – but it didn’t work for me at all.

I know I’ve put this question to you guys before, but: any burpologists out there that have any belching tips? Any burping stories I can live vicariously through are welcome, too.