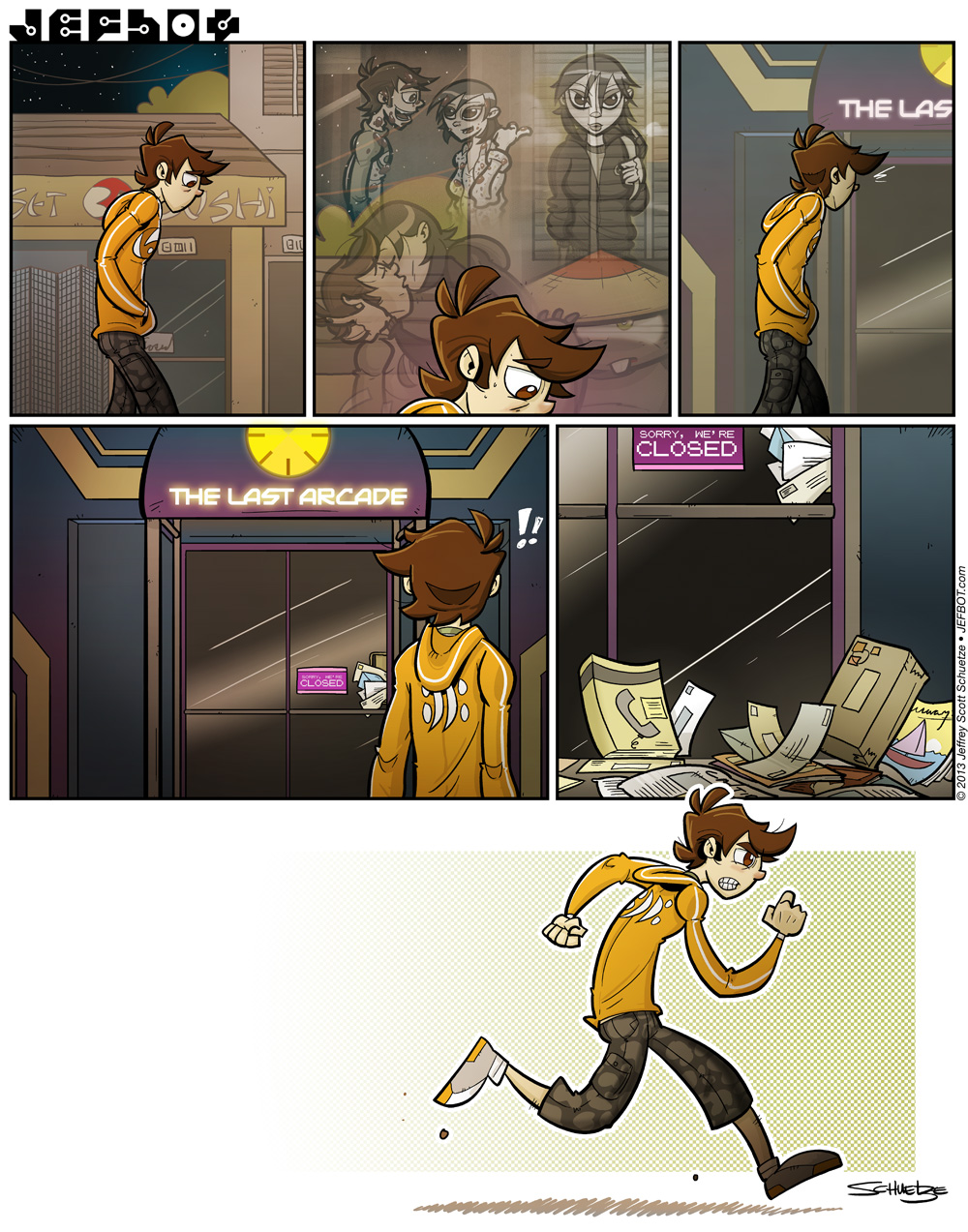 Well, well. It looks like jefbot finally got motivated enough to join the fight! Or at least join up with Mu to get to the alien ship. Or maybe he just really needs to go to the bathroom. Kidding. Seeing that pile of unread mail at The Last Arcade just sparked something (or more accurately, “someone”) in jefbot enough to get him sprinting into danger, even without his Super Scrawn powers handy! Hopefully, he’ll at least stop by his apartment to pick up that broom.

And if you aren’t familiar with The Last Arcade, it’s the neighborhood arcade owned and operated by cel, jefbot’s kinda-girlfriend. Last time we were at the arcade, cel and jefbot were getting cozy in a Star Wars arcade cabinet during closing time when the aliens started shooting things up and cel ran off to go check things out. Aww, just catch up on that storyline at the following link. It’s got Wil Wheaton in it and everything:

Hey! I put together a summary of all the big plot points from the JEFbot botOLOGY for new readers. Jump in:

• JEFBOT Mythology: The Story So Far