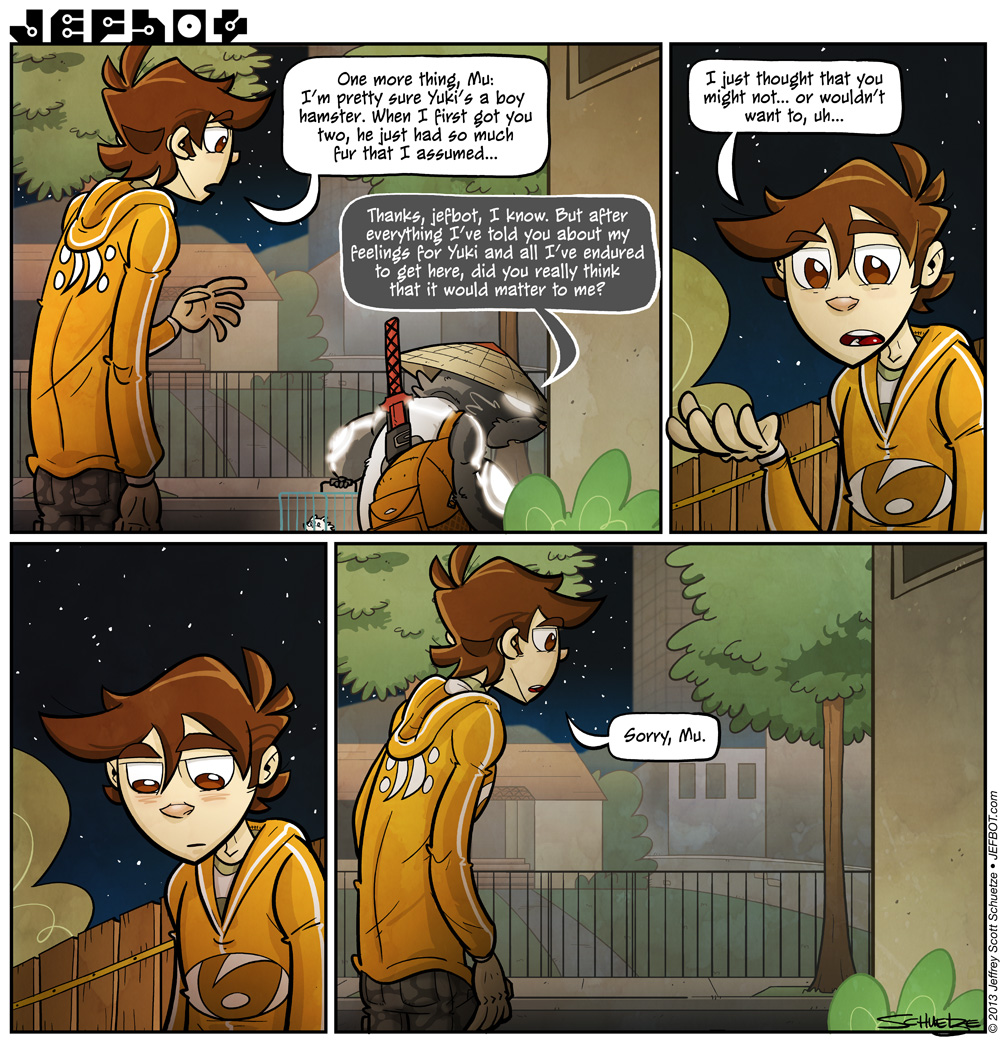 WOOHOOOO!!! I’m happy to finally reveal that Miyuki is actually a he and not a she! I’ve pretty much kept that under my hat for over five years now and it wasn’t easy, mostly because I had to keep my pronouns straight whenever I wrote a blog post about Yuki or answered comments about him. (Go ahead, check.) Now, I realize this may not be that big a deal to many of you readers but keeping that little secret to myself this whole time just makes it all the more delicious to now share with you. Not that the reveal will affect Musashi’s mission in any way: he’s still going to the alien ship to enhance Miyuki, and he already knew his friend was a guy, most likely because of his enhanced hamster sense (or sense of smell, pheromones or intuition) anyway.

So: onward! Now that Mu’s made his exit, what will jefbot do next???